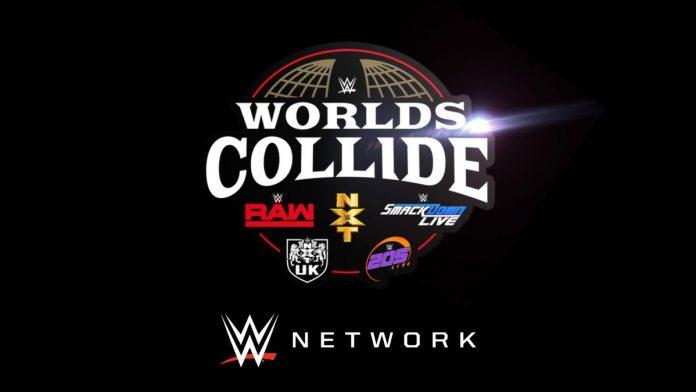 
Kassius Ohno talked a lot of trash early on in this match, allowing Aiden English to gain the upper hand. It didn’t take long for Ohno to turn things back around, however, and he did so when he dumped English from the top rope to the floor.

English fought back and landed two big diving sentons, one to the floor and one off the top rope. It wasn’t enough though, and Ohno got the pinfall victory via the Ripcord Elbow.


This was a HOSS FIGHT that couldn’t have been more fun to watch. Seriously, go out of your way to watch this match, even if it’s the only thing you watch from this show, because it kicked ass.

Both Dominik Dijakovic and Luke Harper brawled on the floor at ringside early on in the match. Dijak landed some nice throw suplexes to get some momentum, but a big spike DDT from Harper cut him off.

Harper went to the top rope, but Dijak cut him off with a sit-out chokeslam, which earned him a two count.

On the apron, Harper hit a brutal Michinoku Driver on Dijak all the way to the floor. The two then both beat the ref’s 10-count, but Harper was in the ring first and met Dijak with a big release suplex for a two count.

Harper went for a top rope German suplex, but Dijak landed on his feet (!) and took out Harper. Then, Dijak did a crazy corkscrew moonsault to the floor onto Harper (!!), which was mind-bogglingly awesome.

Dijak landed a beautiful moonsault, but when Harper kicked out of the pinfall attempt, it was pretty much over from there. It wasn’t much longer until Harper hit the Discus Lariat to close this one out.


Bobby Fish and Kyle O’Reilly faced off against Killian Dain and Alexander Wolfe in tag team action here. O’Reilly tried to take Wolfe to the ground early on, but Wolfe managed to keep things standing up, where he thrived for a bit.

O’Reilly, not the legal man at this point, nailed Wolfe with a cheap shot to turn the match in Undisputed Era’s favor. Once Dain tagged in, things changed for a bit, but UE bent the rules again to stay in the fight.

Dain and Wolfe landed a beautiful backstabber/senton combo, but Fish somehow managed to kick out at two. It wasn’t much longer until O’Reilly won the match for his team.

Eric Young took out both members of Undisputed Era post-match before they could attack a wounded Killian Dain, so SAnitY stood tall to close out the segment.


Roderick Strong, much like Kassius Ohno, was a bit too cocky to start this match. A pretty dropkick from Tyler Breeze brought him back down to earth rather quickly, though.

Strong used a ton of strikes and chops, as well as backbreaker variations, doing his absolute best to wear Breeze down. Breeze landed some big kicks, but none were enough to score the pinfall.

Breeze eventually hit the Unprettier to get the win after a fun back-and-forth match.