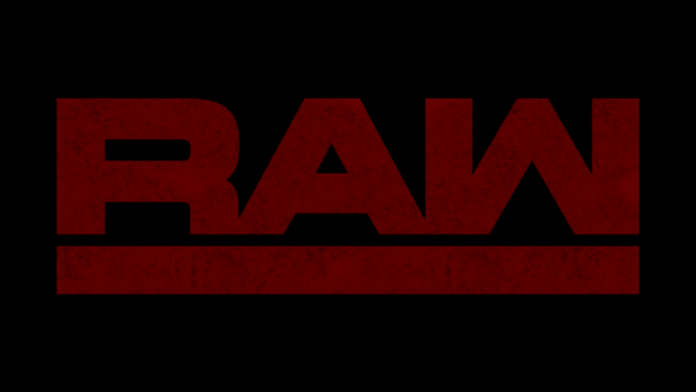 
There were no explicit statements made or graphics shown, but the moment Monday Night Raw began, it became apparent that something was different. As the camera panned around the Dallas arena, Michael Cole began to list the upcoming events of the evening while visuals depicting the segments he described flashed on the screen.

At this point, you may be thinking to yourself, “…okay? Seems pretty inconsequential.” And you’d be right. But, for those of us who watch religiously, who have seen every single episode of Raw for the last who knows how long, any change, no matter how small, might as well appear with bells and sirens going off around it because if Raw is nothing else, it’s consistent.

And sometimes, consistency is a good thing. For example, Ricochet is a very consistent performer. When I see him step into the ring, before anyone makes a move, I know that I’m about to get a good to excellent match, because it happens every time. But sometimes, consistency can lead to monotony. And unfortunately, that’s what was happening to Raw.

Every Monday night, regardless of who or what was advertised for the show, we knew that it would start with an entrance, followed by a 10-30 minute in-ring promo, usually involving multiple guys or girls, who would later compete in some form of a match with one another.

Not this time. After the short preview of what was to come, we did get an entrance, but for a Falls Count Anywhere Match between Braun Strowman and Bobby Lashley, cutting out the usual opening promo altogether.


And then they took things a step (or seven) further. Obviously, you can expect any Falls Count Anywhere match to get a little wild, it’s the nature of the stipulation. But this one went in a direction that no one expected.

Braun Strowman and Bobby Lashley brawled a little in the ring, a little at ringside, then took things into the crowd. Nothing too out there or unusual. They then made their way up to the stage.

It’s not at all unheard of for someone to fall or be thrown into the screens that serve as a backdrop for entrances and the centerpiece of the set. But when it happens, whichever panel is hit is only “broken” for the rest of the segment. By the time the next one starts, someone in the back has “repaired” it and it’s already back on.

However, Braun and Bobby crashed through the screens, creating a massive hole that remained there throughout the remainder of the show. And if that wasn’t enough to make it feel like a big moment, there was an explosion of pyrotechnics, the entire space where the men fell through shooting sparks in every direction.


Wishing the very best to both Braun Strowman and Bobby Lashley. #Raw pic.twitter.com/u9HfI8zgTE


Corey Graves screamed as the hole was blasted through the stage, officials and paramedics poured onto the scene, extinguishing any “fires” and stretchering both Lashley and Strowman to ambulances where they were rushed to the nearest medical facility.

The announcers were in complete shock, giving somber speeches every now and then about the condition of Braun Strowman and Bobby Lashley, wishing them the best and hoping there were no serious injuries, adding even more realism to the situation.

But the show must go on and so it did, with another match. And then another. And by the time the first hour was over, we realized we hadn’t sat through the first half of it ready to get to whatever was next, we had remained enthralled by what we were seeing the entire time.


The Vikings are coming.


Starting the show with a guy or girl in the ring giving an impassioned speech can be great, but doing it every single week becomes overkill. With the incredible amount of talent both in the ring and in production, Raw is capable of an infinite number of possible directions, a fact that should be fully taken advantage of.

That being said, I truly do love a good talking segment. I love character development, I enjoy watching characters interact in ways that don’t involve smashing chairs into each other’s faces every now and then.

And a staple of any WWE show, particularly Raw, is the backstage talking segments. But like the kickoff of the show, these segments can get a little predictable. This was another, more subtle change. There were arguably more talking segments, but they were formatted differently. They were shorter, more casual, and flowed seamlessly between matches and other segments.


Baron Corbin, for instance, was shown with Lacey Evans backstage, mesmerized by her lipstick application, then turned to face the camera to bash Seth Rollins and essentially advertise their mixed tag match at Extreme Rules. It didn’t feel forced or overly scripted, it felt like Baron and Lacey were actually hanging out backstage and the camera just happened to find them.

The Street Profits made their first main roster appearance, showing up a few times throughout the evening, and drew people in with their comedic antics and over the top personalities, even having an interaction with Paul Heyman himself, who of course played it up to the highest degree.

Then you had characters showcased closer to the ring, but still not in matches, which wasn’t a bad thing because of the amount of variety featured throughout the night.

Cesaro was scheduled for a match against No Way Jose, but became frustrated by the usual 24/7 Championship frenzy and abandoned the contest. Someone had to suffer for it, however, and who better than Jose? Cesaro sent him colliding with the concrete floor, then without saying a word, walked back the way he came.

The Good Brothers, Luke Gallows and Karl Anderson successfully schemed their way into turning AJ Styles heel and in the midst of a mixed tag match that never really took off, Maria Kanellis announced to both her husband and the WWE Universe that she was expecting a baby in the most brutal way possible, ruthlessly emasculating Mike because she was so infuriated by his failures, both as a partner and as a performer.

To top it all off, The Undertaker made an appearance for the second week in a row. But this wasn’t the modern-day presentation that we’ve grown accustomed to seeing. The mystique that only Undertaker can deliver had been brought back to life.


It's simple: The #Undertaker is back to COLLECT the SOULS of @shanemcmahon and @DMcIntyreWWE. #RAW pic.twitter.com/zQmlZoh27S


Once again confronting Shane McMahon and Drew McIntyre, The Deadman first made his presence known with a storm that shook the arena, thunder rolled as lightning struck the ring, everything went black and The Undertaker made his slow descent toward his adversaries.

Normally, the lights would come back on at this point, shattering the moment and bringing you out of the bewitchment that Taker had placed you under, but the lights remained off. Only a soft purple glow lit the ring where Undertaker stood, preserving the magic in a way that the bright lights of the arena simply cannot.

Sure, there were some bits and pieces that felt like the old Raw, but it never needed a complete overhaul. As with most things, there were some parts that were working and some that weren’t. But the changes they did make were unmistakable and very positive and if this new direction becomes a permanent one for Raw, I am nothing but ecstatic to see what the future holds for the flagship show.


How do you feel about the new era of Raw? Let us know on Twitter, @TheRumbleRamble.