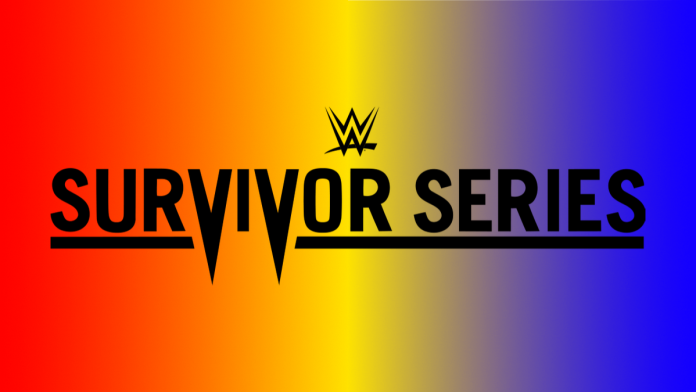 
This match went straight to a commercial break before it could ever really get going, which is always frustrating (especially on a pay-per-view).

The in-ring action was fine, but Nigel McGuinness was the real star, as his color commentary is excellent.

Enzo Amore retains via the JawdonZo.


The New Day vs. The Shield


The main show kicked off with the opening video package, then an in-ring promo by the New Day, followed by ANOTHER video package. Felt like overkill, but luckily the match that followed was spectacular.

Both teams started off slow, feeling each other out, but when things got going, they really got going.

Big E hit his spear off the apron spot on Dean Ambrose, which looked brutal. And speaking of Ambrose, all three members of New Day took turns beating the holy hell out of The Lunatic Fringe for a good portion of the match, which actually got some boos from the Houston crowd.

There was a ton of brawling outside of the ring, and some of the spots took a minute to develop, but I was very much sports entertained for the entirety of the bout.

The Shield got the victory after hitting the triple powerbomb from the top rope on Kofi Kingston.

They jumped straight into action, with both Becky Lynch and Bayley getting eliminated pretty quickly.

Nia Jax showed a ton of promise, but she was unfortunately eliminated via countout. She was never pinned though, which is a positive.

There was a… blunder, where Naomi eliminated Alicia Fox via pinfall, although it was quite obvious that wasn’t the plan.

Luckily, nobody was ready for Asuka, including Carmella, Tamina, and Natalya, as she was the sole survivor for Team Raw.


If you read our Survivor Series predictions article, I made it very clear that my expectations for this bout were very low.

That being said, it was a fine match, for what it was, and was far from bad.

Corbin got the win via The End of Days, which is still a really cool finisher.


Once I got over Sheamus’ hair, which took a few minutes, I was able to enjoy this fantastic match.

There was a ton of cool stuff in this bout, but the highlight for me was a really cool electric chair/Samoan drop spot that absolutely blew my mind.

The Usos got the win via a top rope splash.

All it takes is the #Figure? as @MsCharlotteWWE gives #SDLive the advantage with a victory over @AlexaBliss_WWE! #SurvivorSeries pic.twitter.com/SYhSdT5LWr

Alexa Bliss came out aggressive, bringing the fight to the much larger Charlotte Flair.

At one point, Flair suplexed Bliss into the corner, which looked vicious. Loved that spot. Flair hit a sitout powerbomb, as well as Natural Selection, but Bliss kicked out. She finally got the victory via a beautiful Figure-Eight.

There is HOPE for @AJStylesOrg after all! #SurvivorSeries pic.twitter.com/uyo7zrad9r


One of my favorite matches of the year.

Brock Lesnar beat the holy hell out of AJ Styles for a decent amount of this bout, but Styles pushed Lesnar to new limits, and these two put on one hell of a show in the process.

At one point, I truly believed Styles was going to conquer The Beast, despite the fact that I knew that wasn’t going to happen.

If you watch one match from this show, make sure it’s this one. Before Lesnar leaves WWE for good, I hope we get Styles//Lesnar II, because I need more of these two together in my life.


Way too much happened in this match for me to break it all down, but overall, it was very good, until the final moments…

Having Triple H, Kurt Angle, and Shane McMahon in the final four felt a little odd, as all three are part-time competitors and don’t need to be in that spot.

Braun Strowman standing tall to end the show was a nice way to top off an excellent night, though.


What did you think of Survivor Series? Let us on Twitter at @TheRumbleRamble.