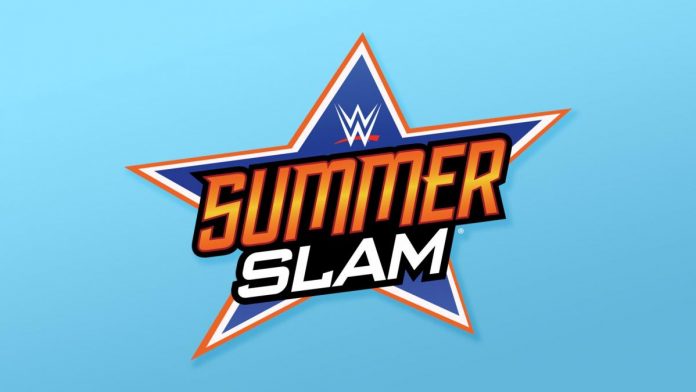 WWE SummerSlam 2018 is going down tonight, August 19th, live on the WWE Network. We’ve got the announced match card, show predictions, and our overall thoughts for you to check out below. Let us know what you think is going to happen during tonight’s show by tweeting us, @TheRumbleRamble.


Rusev and Lana vs. Zelina Vega and Andrade “Cien” Almas

Expect Aiden English to cost Rusev and Lana yet another victory, although this time, he’ll do it on purpose. English and Rusev can then feud with one another, while Andrade “Cien” Almas and Zelina Vega insert themselves into something bigger and better.

The B-Team (c) vs. The Revival

The Raw tag division desperately needs some help, and The Revival is the perfect tag team for the entire division to be built around moving forward.

It was only a matter of time before Drew Gulak captured the Cruiserweight Championship, and it seems like tonight will indeed be the night that finally does so. Drew05 Live is going to be well worth the watch, so make sure you tune into the WWE Network every Tuesday night following SmackDown Live to catch all the action. (Seriously, 205 Live is awesome)

These two have wrestled each other enough for one year, but one more time couldn’t hurt anything, right…?

Bálor gets the win and moves on to the Intercontinental title scene, where his presence is very much needed at the moment.

Daniel Bryan vs. The Miz

This will probably end up being “Match of the Night,” as the Daniel Bryan//Miz feud is easily the best thing going on the main roster today. Bryan and Miz also have tremendous chemistry in the ring, so expectations are extremely high for this bout.

Singles Match for Braun Strowman’s Money in the Bank Briefcase

We flipped a coin and it landed on Strowman, so we’re going to go with The Monster Among Men. Strowman cashing in at the end of the show on Lesnar or Reigns also makes a lot of sense, so don’t be surprised to see that happen tonight as well.

The Bludgeon Brothers (c) vs. The New Day

The Bludgeon Brothers just keep on bludgeoning, defeating every team that SmackDown Live has to offer. In fact, The Bludgeon Bros. have even demolished The New Day a time or two in recent memory, so it’s somewhat surprising to see the two teams meeting again so soon.

The New Day need to win here, as the Bludgeon Bros. have taken the SmackDown Live tag division as far as it can go with them leading the way.

Bold prediction: Jeff Hardy wins this match, but Shinsuke Nakamura retains his United States Championship title, thanks to Randy Orton getting involved and doing some mean things to Jeff Hardy, causing a disqualification.

Dean Ambrose is going to turn on Seth Rollins sooner rather than later, and tonight, in front of a red-hot Brooklyn crowd, seems like perfect time to pull the trigger on heel Dean Ambrose.

Ziggler retains, thanks to Ambrose (and McIntyre) costing Rollins the match.

Becky Lynch deserves a big moment more than anyone on the SmackDown Live roster, but unfortunately, tonight just isn’t going to be her night. Charlotte Flair is going to steal a victory out from under her, turning heel and setting up a Flair//Lynch feud.

Becky Balboa can then continue her chase for the title, finally dethroning The Queen at WWE Evolution in October and capturing her second SmackDown Live Women’s Championship in the process.

Ronda Rousey has done quite a lot in WWE in a short amount of time, and although it’s a little strange to see her in the title picture so soon, you can’t deny the fact that she’s one of the biggest acts in the entire company at the moment.

As far as tonight is concerned, Rousey not only wins, but together, she and Bliss produce one of the better bouts of the night.

Samoa Joe is going to be one hell of a WWE Champion one day, but it doesn’t feel like it’s quite his time yet. Styles is in the middle of a historic reign and Joe has dominated the feud on television – history tells us this doesn’t bode well for his chances in the actual match.

For the sake of Monday Night Raw, and both Brock Lesnar and Roman Reigns’ careers, this needs to be the last time these two men ever wrestle each other.

Reigns winning makes a lot of sense and would give Raw a full-time champion again, improving the quality of the show as early as tomorrow night. However, don’t forget about the Money in the Bank briefcase, which could allow for Kevin Owens or Braun Strowman to walk out of SummerSlam with Universal Championship in their possession.