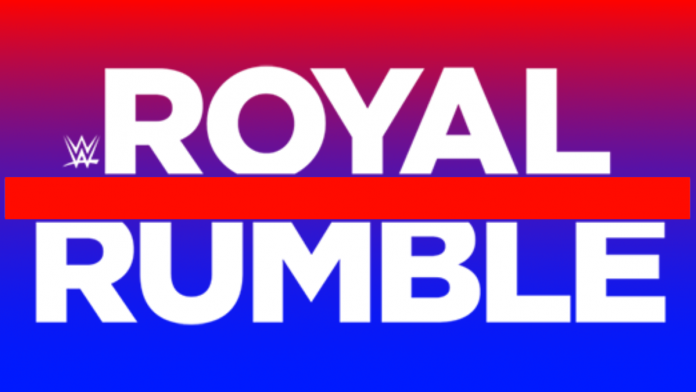 WWE Royal Rumble 2019, out of Chase Field in Phoenix, Arizona, just wrapped up. We’ve got the match results, as well as our overall thoughts on the show, for you to check out below. Let us know what you thought about the Rumble by tweeting us, @TheRumbleRamble.


Chad Gable and Bobby Roode vs. Scott Dawson and Rezar

Finish the sentence: This back body drop is _________.#RAW @REALBobbyRoode pic.twitter.com/aEzzU27lM6


In a surprise tag match, the Raw Tag Champs, Chad Gable and Bobby Roode, took on the duo of Scott Dawson and Rezar, of The Revival and AOP, respectively.

Unfortunately for Dawson and Rezar, it became evident that they were not used to working together, and a few misunderstandings between them on top of the fantastic teamwork from Roode and Gable cost them the match in the end.

BRUTE strength on display early by the #USChampion…


Determined to protect his US title and avenge the “injury” his wife sustained because of Nakamura, Rusev started things off hot against the president of Nakamerica.

Nakamura was soon able to turn the tables, momentarily keeping Rusev down. The two traded near falls until Nakamura became frustrated and attempted to remove one of the turnbuckle pads. This prompted Lana to climb onto the apron in an effort to stop him. Rusev charged Nakamura, but he jumped out of the way, and the Bulgarian Brute knocked his own wife off the apron and onto the floor.

Distracted by an “injured” Lana, Rusev fell victim to a vicious knee strike to the back of the head from Nakamura, losing him the United States Championship.


Hideo Itami started the match with the ultimate heel tactic: rolling out of the ring and allowing the other competitors to beat each other senseless while you remain 100%.

Kalisto and Akira Tozawa tried to take Buddy Murphy down, but neither succeeded. In fact, Murphy left both men incapacitated at ringside. It was at this moment that Itami chose to re-enter the match, picking Murphy apart while there was little possibility of an outside attack.

As always, the members of the Cruiserweight Division impressed the hell out of us. Their combined quickness and agility was off the charts, and they appeared to have made a handshake agreement that nothing was off limits in the brutality department.

All four competitors came close to winning the match at one point or another, but it was Buddy Murphy who would ultimately take the victory with a Murphy’s Law to Hideo Itami.

If your strategy is to try and out-KICK @WWEAsuka, you could be in for a long night… #RoyalRumble pic.twitter.com/0k0SCOxuvE


Both Becky Lynch and Asuka were extra vicious during this match, trading hard-hitting moves and taunts throughout the first few minutes. The two struggled for dominance, each having an answer for everything the other could throw.

Asuka appeared to have finally snagged the upper hand with a spinning neck breaker, but Lynch wasn’t down for long and the two traded smacks to the face until Asuka landed a fierce kick, but it only got her a two count.

Lynch hit a Bexploder from the top rope and tried to follow it up with a leg drop, but Asuka caught her in an Asuka Lock. Becky was able to reverse it into an Asuka Lock of her own, which Asuka escaped, but was immediately trapped in a Dis-Arm-Her.

From there, the two women frantically traded submissions until Asuka hit a Cattle M submission we’ve never seen from her before, forcing Lynch to tap out.


The Bar, having been a team quite a bit longer than Miz and Mac, were able to take the lead the moment the bell rang. Using double team tactics, Sheamus and Cesaro kept Miz in their corner, unable to reach his partner.

Cesaro and Sheamus attempted to put Miz through an announce table, but the A-Lister was saved by Shane O’Mac, who prepared to leap from the top rope and put Cesaro through the table instead.

Sheamus stopped the attack, and he and Cesaro went back to pummeling The Miz. The Bar perhaps toyed with Miz rather than going for the victory a little too long, as Miz took a lull in the action as an opportunity to turn the match around.

Shane O’Mac finally got his time in the spotlight, wearing down both Sheamus and Cesaro until they were lying on top of each other in the corner – the perfect spot for a Coast to Coast. Cesaro saw the attack coming, however,and caught Shane in a swing.

Sheamus went for a Brogue Kick to but hit Cesaro instead. With The Bar on the ropes, Shane landed a Shooting Star Press on Cesaro, winning the match and the Tag Team Championships for his team.

That arm is a PRIME 🎯 for @SashaBanksWWE right about now… #RoyalRumble pic.twitter.com/NWRFTV5kn1


The contempt between Rousey and Banks has reached a fever pitch in recent weeks, making this bout between the two a little extra cruel.

Banks was clearly out to prove herself against the former UFC champion and dominated Rousey for much of the match.

At one point, Banks actually tapped to Rousey’s armbar, but it didn’t count, as they were outside of the ring at the time. A frustrated Banks resorted to choking Rousey out with a piece of her gear and manipulating the joints in Rousey’s hands.

Using the last ounce of energy she had left, Rousey hit Banks with a powerbomb followed by Piper’s Pit, retaining her championship.

The two appeared to put their differences aside post-match, showing mutual respect before Banks left Rousey to celebrate in the ring. Banks eventually thought better of it, however, and came back to taunt Ronda with the Four Horsewomen symbol before leaving for good.

Thanks to @LanaWWE‘s injury, the REAL final entrant in the Women’s #RoyalRumble Match…is @BeckyLynchWWE! #RoyalRumble pic.twitter.com/kJZWjtWiQ2


The list of entrants, in order, was as follows:

There is a LOT of FIGHT left in the challenger @AJStylesOrg! #RoyalRumble pic.twitter.com/ATVbHjqxEA


Daniel Bryan and AJ Styles started off at a methodical pace, each man fully realizing what he was up against and what was at stake. Bryan was absolutely ruthless, doing his best to break the right arm of Styles after smashing his face into one of the ringposts, bloodying his nose.

Picking Styles apart slowly, Bryan was in no rush to end his opponent’s suffering. Eventually, Styles was able to get a moment of offense, but was quickly brought down again by Bryan.

With a reverse DDT from the barricade, Styles looked to be gaining control, but when he tried to follow up with a 450, he landed on the new Daniel Bryan’s knees and was caught in a LeBell Lock.

Bryan and Styles continued to destroy each other until taking a momentary break to watch Rowan make his way down to stand by the ring. After a ref bump caused the official to turn his back, Styles hit a Styles Clash and looked to be seconds from victory, but was grabbed by the face by Rowan and slammed into the mat, allowing Bryan to take the it for himself.


Bálor did his best to get in some early offense, but was caught (and suplexed…many times) by Lesnar. Finn managed to shove Lesnar into the announce desk “midsection” first, which put The Beast off his game momentarily.

Even in pain, however, Lesnar continued to ragdoll Bálor until Finn countered one of Lesnar’s attacks, ground his foot into Lesnar’s injured “midsection”, then senton dove to the floor onto Lesnar. Three times. To finish things off, he went for a Coup de Grâce, which he landed, but Lesnar kicked out of the pin and trapped Bálor in a vicious Kimura Lock, tapping Bálor out and retaining the Universal Championship.

Post-match, Lesnar was clearly angry about Bálor giving him such a fight (and injuring his “midsection”) and beat Bálor down some more.

ONLY in the #RoyalRumble Match!


The list of entrants, in order, was as follows:


What letter grade would you give tonight’s show? #RoyalRumble