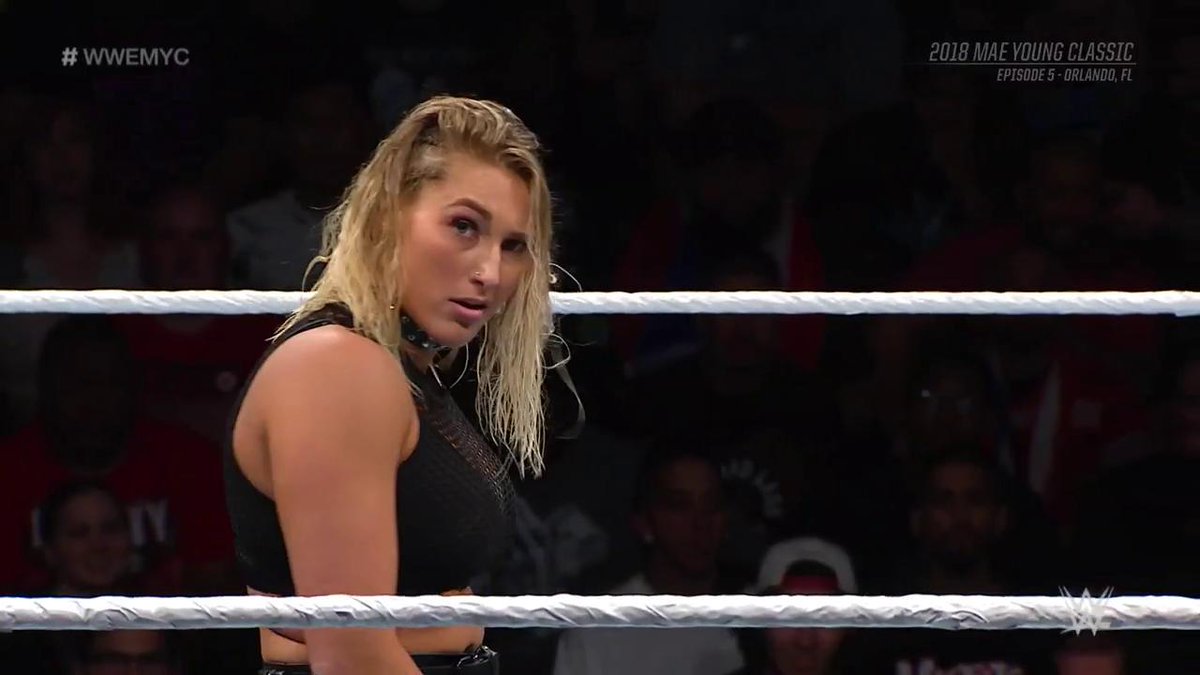 We told you @hiroyomatsumoto destroys everything in her path.

Both Toni Storm and Hiroyo Matsumoto brought everything you would expect from the second round of this tournament, starting with massive amounts of charisma and talent. The competition was already far more heated than many of the previous matches, Storm and Matsumoto each had an answer for any and everything the other could throw. After a vicious back and forth and multiple near falls from each woman, Toni Storm advanced to the quarterfinals via a jackknife cover with a bridge.

Rhea Ripley was all gas, no breaks in this matchup. She mercilessly attacked Kacy Catanzaro, overpowering her with relative ease, but unable to keep her down for much of the match. Kacy Catanzaro hit a tornado DDT out of nowhere and quickly gained momentum, but Ripley cut her off at every turn. Rhea’s strength advantage was eventually too much for Catanzaro and she took the victory following a Riptide.

Lacey Lane is one of our favorites in the tournament, so you won’t hear us complain at all about the fact that she defeated Taynara Conti rather quickly, especially considering these ladies packed a ton of exciting action into a short amount of time.

#StrongStyle is alive and well in the #WWEMYC.@satomurameiko @RealMMartinez pic.twitter.com/QKZnL4VHBj

With multiple decades of experience between Martinez and Satomura’s careers, it’s no surprise that they had an ultra-competitive match. Neither woman truly held the upper hand at any point, and both made it feel like moving into the next round of the tournament was the most important thing they could possibly do. Despite Mercedes Martinez’s best efforts, Meiko Satomura’s refusal to accept defeat finally paid off when she advanced to the quarterfinals with a nasty scorpion kick. This was probably the best women’s wrestling match of the year and obviously well worth the watch if you missed it.