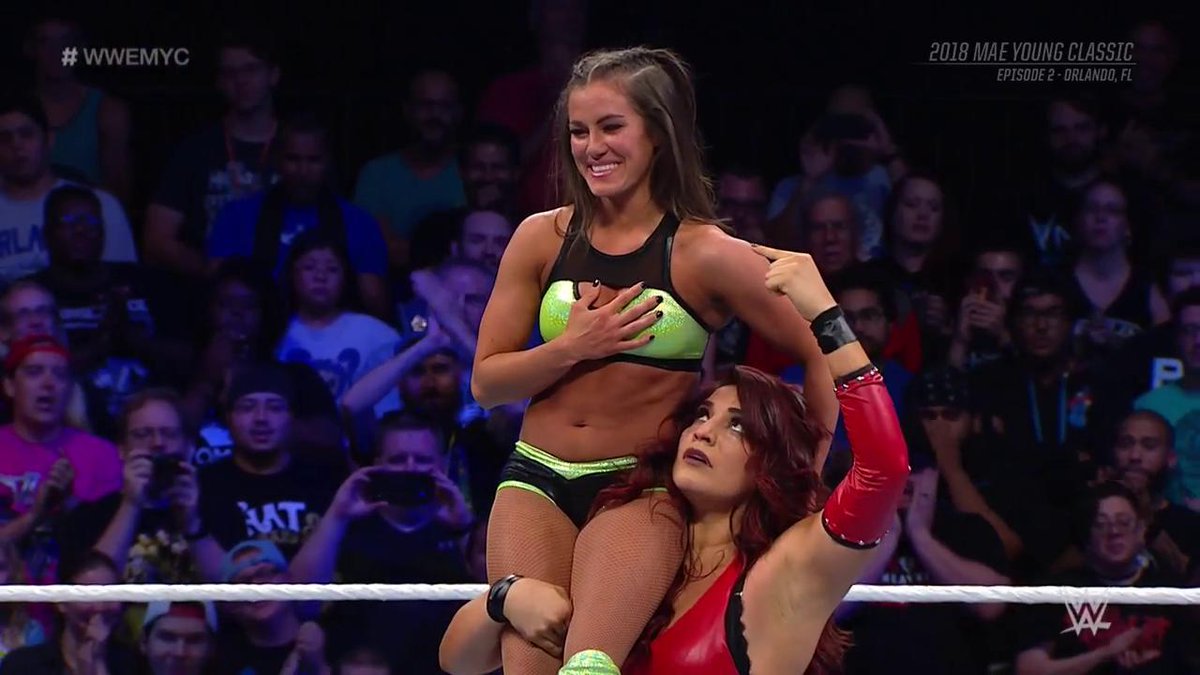 Before the match, Priscilla Kelly talked about how much she loved to get in other wrestlers’ heads. Her tactics didn’t seem to work on Deonna Purrazzo, however, as Deonna only briefly fell victim to Kelly’s crafty maneuvers. Purrazzo stayed strong and eventually tapped out Kelly, who didn’t bother to stay for the usual post-match show of respect.

This match started off quick, both Zeuxis and Monroe establishing very early that they had no respect for each other. Zeuxis possibly more so than Monroe, as she spent much of the match tossing Aerial around by the hair. Not that this was a total squash, but Zeuxis held the upper hand nearly the full length of the match, defeating Aerial Monroe with a top rope Spanish fly.

The size difference in this match was almost comical – Gonzalez is quite literally twice the size of Catanzaro, and used every bit of the advantage this gave her. This was mostly Reina Gonzalez ragdolling Kacy Catanzaro while she held on for dear life. Miraculously, Catanzaro slowly began wearing down Gonzalez, using her agility to defeat her opponent after catching her in a roll-up. After the match, Reina lifted Kacy onto her shoulder and celebrated along with the audience.

If you want to get to the top, you’ve got to GO to the top! #WWEMYC @MadisonRayne pic.twitter.com/V4NLvU36nF

Unlike the first few matches, these ladies took their time getting into the action, feeling each other out before really getting to work. With over 30 years’ experience in the ring between the two, it’s safe to say they knew what they were doing out there. Both women picked their moves carefully, but everything they hit was absolutely vicious. After a hard-hitting match, Mercedez Martinez advanced in the tournament with her signature Bull Run.