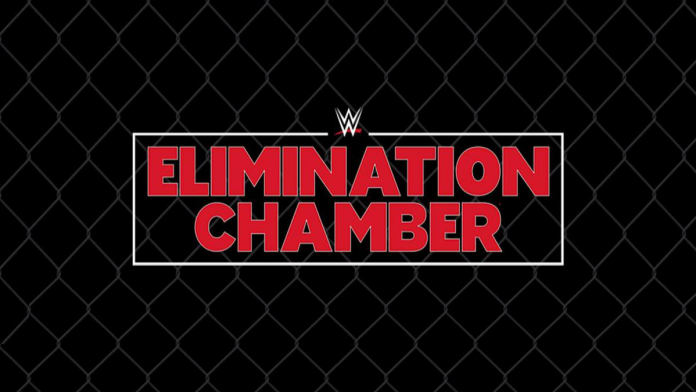 WWE Elimination Chamber 2019 is coming to you live out of the Toyota Center in Houston, Texas, this Sunday, February 17th, on the WWE Network. We’ve got the match card, as well as our predictions and overall thoughts on the show, for you to check out below. Let us know what you think is going to happen during Chamber by tweeting us, @TheRumbleRamble.


Buddy Murphy is already looking past Akira Tozawa, which has been detrimental to champions in the past, but it’s not yet time for 205 Live’s Best Kept Secret to relinquish the throne. Tozawa will undoubtedly prove himself one hell of a challenge for the champ, but Murphy will squeak by with the win, retaining the Cruiserweight Championship.


Bayley and Sasha Banks vs. Tamina and Nia Jax vs. The IIconics vs. Sonya Deville and Mandy Rose vs. Carmella and Naomi


Although Bayley and Sasha Banks have been given the unfortunate task of being the first entrants in the match, and Sasha almost wasn’t cleared due to injury, they possess the willpower and strong teamwork needed to make it all the way through to the end. This is a star-studded lineup of women, but only one team can be the first ever Women’s Tag Team Champions, and it will be the Boss ‘n’ Hug Connection.


The Miz & Shane McMahon vs. The Usos


After Shane and Miz’s blatant disrespect of The Usos this week on SmackDown Live, Jimmy and Jey will no doubt be ready for a fight. The Usos will come close to taking the titles, but Miz and Shane have finally gelled as a team, which will allow them to hold on to the gold a little while longer.

Winner: The Miz and Shane McMahon


Bobby Lashley has been getting the better of Finn Bálor as of late, and the addition of his hype man, Lio Rush, in the match is only going to make the uphill battle steeper. However, we have full faith that Bálor will overcome the odds and become Intercontinental Champion for the first time.


Baron Corbin has been hard at work trying to humiliate Braun Strowman and his friends, Kurt Angle and Finn Bálor for quite a while now, and it’s time he was put in his place. With the recently added No Disqualification stipulation, Braun Strowman will have all manner of foreign objects at his disposal to make the punishment even more unpleasant for The Lone Wolf.


After Ronda Rousey’s brutal beatdown of her Riott Squad sisters, Ruby Riott vowed revenge in the form of a championship match. That match is taking place this Sunday, and though Ruby will not be an easy victory for Rousey, the champ will retain. Charlotte Flair needs her championship match at Mania, after all.


Watching Kofi Kingston’s stunning performance in the Gauntlet Match on Tuesday, we would be lying if we said there wasn’t a part of us hoping Elimination Chamber closes out with Kingston holding up the WWE Championship. But the new Daniel Bryan is just getting started on his crusade as the Planet’s Champion, and won’t be giving up his eco-friendly title just yet.