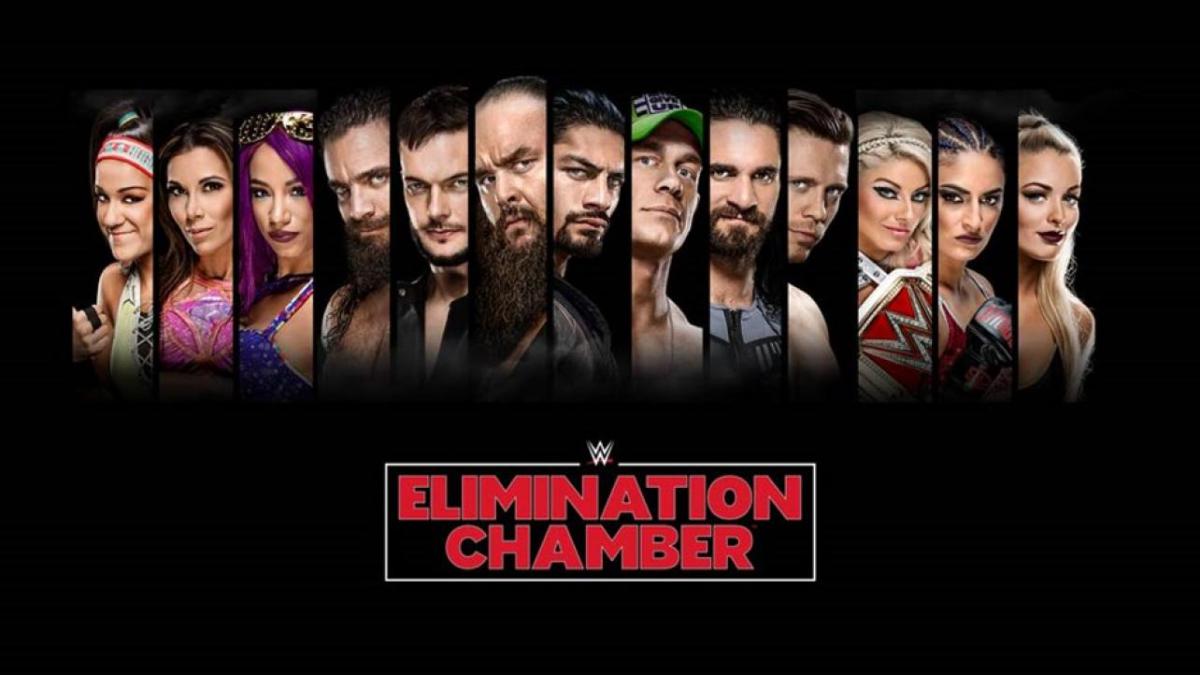 WWE Elimination Chamber 2018 went down tonight, February 25th, live on the WWE Network. We’ve got the match results, as well as our overall thoughts, for you to check out below. Let us know what you thought about the show by tweeting us: @TheRumbleRamble.

The Club vs. The Miztourage

The Club are criminally underutilized, but pairing them up with Finn Bálor has helped give the duo a much needed purpose on Raw. Hopefully 2018 is the year of the Bálor Club.

The match was fine for what it was. The Club got the win via the Magic Killer.

After the match, The Revival were interviewed by Mike Rome. Dash and Dawson used their brief air time to diss Gallows and Anderson, more specifically their brand of tag team wrestling.

It looks like the beef between The Club and The Revival will be heating up in the near future, which is something we’re totally down for.

The Bar (c) vs. Titus Worldwide

The Bar attacked Titus Worldwide before the bell rang, but Worldwide got the upper hand via some crafty aerial maneuvers by Apollo.

Apollo continues to take every little opportunity WWE gives him and make the most of it. He’s been great lately.

The crowd was absolutely dead for this bout, which is fair, as it followed a very hot Chamber match.

The Bar got the victory after a very competitive match. It looks like they’ll be heading into WrestleMania with the Raw tag titles.

Unlike the last matchup, the crowd was on fire for this bout.

Nia Jax got the better of Asuka for the majority of the match. This gave Asuka the chance to sell, something she’s really good at, but doesn’t get a chance to do often, so everything Jax did looked like a million bucks.

At one point, Nia hit a modified jackhammer on Asuka, which looked brutal. Great spot.

Asuka squeaked out a win via a headscissors into a rollup.

After the match, Nia Jax drove Asuka through the barricade outside of the ring, taking this segment to a new level.

Matt Hardy’s entrance was first, which led to Bray Wyatt magically appearing in the middle of the ring after the lights went out in an attempt to cheap shot Hardy before the match started. His plan failed, as Hardy was nowhere to be found when the lights came back on. Hardy sung his hit song “Obsolete” to Wyatt, while The Eater of Worlds searched around ringside for Hardy’s whereabouts. Good stuff.

Hardy did eventually reappear, and the two had a solid match. We still think these two would make a fantastic tag team, but it doesn’t appear to be the direction that WWE is going.

The crowd’s focus shifted to beachballs and doing the wave, but Hardy managed to get them back into the match by joining in on the fun. A true veteran, to say the least.

The Woken One got the victory via the Twist of Fate.

Kurt Angle, Triple H, and Stephanie McMahon made their way to the ring for the contract signing. Before Rousey came out, Triple H went over her long list of accolades.

Rousey then came to the ring and had a very awkward exchange, which included her flubbing over her words and crying at the fans chanting her name. She’s not quite comfortable in this environment yet, especially on the microphone.

Before she could sign the contract, Angle spoke up and called The Authority out on their BS. He said that Triple H and Stephanie McMahon were privately saying that they finally own Rousey, and that she is a has-been who couldn’t even beat Steph anymore. They mentioned WrestleMania 31, where Rousey laid out both Triple H and Stephanie McMahon in the middle of the ring. Continuity for the win!

Rousey snapped and slammed The Game through the table in the ring. McMahon gave her a nice slap to the face, but left the ring before Rousey could get her hands on her.

It looks like Angle and Rousey versus The Authority will be going down at WrestleMania 34 in April.

Elias vs. Braun Strowman vs. John Cena vs. Roman Reigns vs. The Miz vs. Seth Rollins vs. Finn Bálor

What letter grade would you give tonight’s show? #WWEChamber