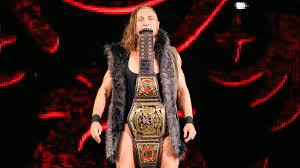 More often than not, WWE’s highlight of the week doesn’t occur on Raw, SmackDown Live, or even a pay-per-view special on the WWE Network.

Products like NXT, 205 Live, the Cruiserweight Classic, and the United Kingdom Tournament have given new stars a platform to wow the WWE Universe, leading to memorable moments and fantastic matches.

WWE created this unique lineup of alternative programming to further develop the WWE Network’s catalog, in an attempt to increase the subscriber count. Also, these programs often please a demographic that might not enjoy the tired format that Raw and SmackDown Live have been following for decades.

For instance, although both 205 Live and NXT occur weekly, mirroring the flagship shows, the two often have a combined run time of less than two hours. That’s a quick and easy watch, especially when both shows are packed with exciting in-ring action.


WWE has made a ton of noise with their Network-exclusive tournaments. The Cruiserweight Classic, which received rave reviews last year, was the first attempt at something different. The product was presented as a competition to find the best wrestler in the world at 205 pounds or less. It felt like something ESPN would have produced – a legitimate sports competition rather than a sports entertainment show. According to Triple H, the brand was designed to be a showcase for the cruiserweight division, with a completely unique feel and style to WWE’s other brands.

That was followed by the United Kingdom Championship Tournament, which mirrored the CWC’s format beautifully. Multiple stars were born out of both tournaments, which is always a good thing for WWE, as their intense schedule demands a surplus of talent.

Later this month, the Mae Young Classic, WWE’s female-only tournament, will hit the WWE Network. Fans can begin to watch the tournament on demand on Monday, August 28th. It’s great to see WWE give the tournament treatment to the women. Even better, the hype surrounding the event is extremely high due to the success of the previous tournaments.

If you’re a fan of WWE, and you haven’t been watching these shows on the Network, I cannot recommend them enough. They’re fresh, action-packed, and always some of the best content WWE produces.


What’s your favorite alternative program on the WWE Network? Let us know on Twitter, @TheRumbleRamble.