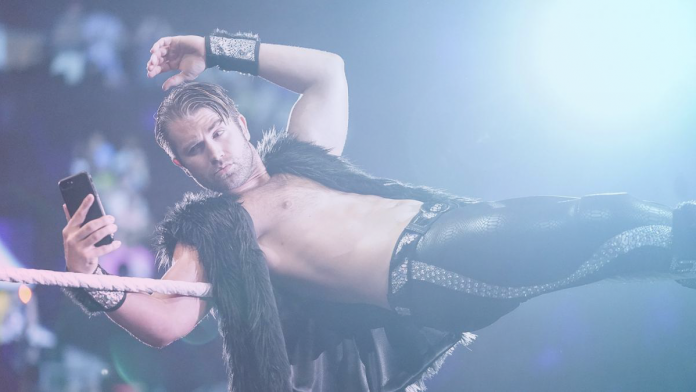 Nearly a decade ago, in December of 2010, Matt Clement made his debut in Florida Championship Wrestling, a small promotion used as a training ground where future WWE Superstars could develop and hone their skills.

Over the next few years, this young performer evolved and grew, and as he changed and began to find himself, so did the company around him. Fast forward to 2013, and Tyler Breeze, a self-absorbed fashionista enamored by his own image strutted out into a nearly fully formed iteration of today’s NXT.

Both performer and promotion had cast off their previous identities, rebranding themselves as something new and unique in the wrestling world, and would soon both take that world by storm.

Breeze flourished, becoming a fan favorite and a staple of the NXT brand. In his two years under the black and gold banner as Tyler Breeze, he never became champion, but it didn’t matter. No one would argue that titles aren’t great accomplishments, but the enormous amount of love and devotion showered upon him from those who watched him perform said so much more about him than a championship belt ever could.

And the admiration didn’t stop with the fans, Breeze showed so much passion and was held in high regard by so many, that at the end of 2015, he was given a heartfelt send-off to the main roster by Triple H himself in front a room full of his friends and colleagues.

Two weeks after his final match in NXT at TakeOver: Respect, Tyler Breeze appeared on SmackDown. Breeze had been the main roster for less than a year when he found his partner in crime, Fandango. But a few months after teaming up, Breezango abandoned their unlawful ways, assuming the role of WWE’s resident Fashion Police.

For the next two years, Tyler Breeze and Fandango gave some of the most entertaining segments of the era, eventually debuting their mini-show Fashion Files, a segment depicting Breezango’s interminable quest to end all fashion faux pas in WWE that quickly became a highlight of the week for many viewers.

Unfortunately, Fandango suffered a shoulder injury, marking the end of Fashion Files and placing a question mark on the fate of Prince Pretty.

Then, Tyler Breeze made a move that we did not expect, testing the new waters of NXT by challenging Ricochet for his North American Championship. Ricochet retained the title, but the reaction to Breeze’s surprise appearance was overwhelming. It was undeniable that NXT fans still held Tyler Breeze close to their hearts, even though he hadn’t stepped foot between the golden ropes in over three years.

After the exuberant reaction to his trial run, Tyler Breeze made his official return to NXT last month, sauntering into Full Sail not to a “welcome back” chant, but to a chorus of “welcome home” echoing from every corner of the arena.

Tyler Breeze received a true hero’s welcome but took very little time to bask in it, as he had come with an agenda, immediately placing himself in the path of NXT’s present fashion icon and North American Champion, Velveteen Dream.

The building exploded; Tyler Breeze challenging Velveteen Dream was something many of us assumed could only be dreamt about, but it was happening right before our eyes.

Tyler Breeze took part in the very first NXT TakeOver, defeating Sami Zayn to become the No. 1 Contender to the NXT Championship, and five years and 24 TakeOvers later, he was across the ring from Velveteen Dream in a championship match on one of the best shows in NXT to date, TakeOver: XXV.

Though Breeze gave the WWE Universe years of top-notch entertainment on the main roster, NXT will always be his home. And if fan reaction isn’t enough to convince you, you can hear it straight from The Sultan of Selfies himself as he reflects on TakeOver: XXV in the video below:


What do you think of Tyler Breeze’s journey away from and back to NXT? Let us know on Twitter, @TheRumbleRamble.