The Usos’ 10 Best Matches on the WWE Network 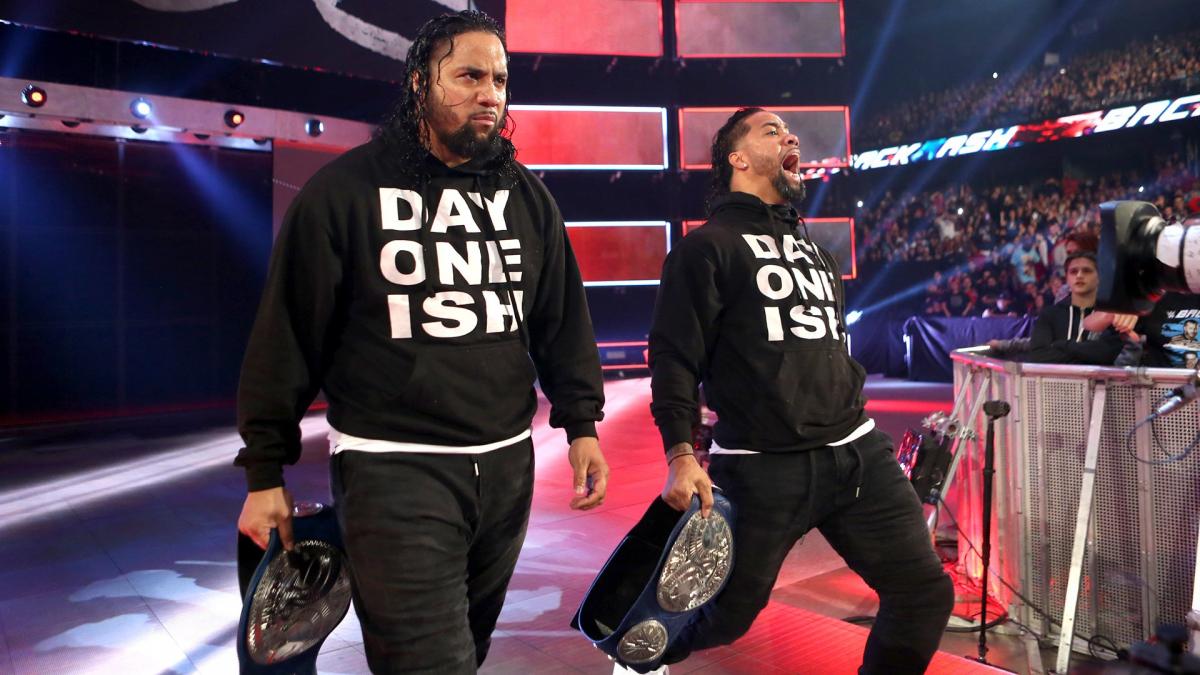 The New Day (c) vs. The Lucha Dragons vs. The Usos

This match was exciting, dangerous, and gifted us a Slammy Award-winning moment, which is an accolade about which no other bout on this list can boast. WWE has a rich history of awesome tag team ladder matches, and this is one of the best of the kind.

A lot of people, myself included, thought there were too many teams in this match for it to be any good. There was no way that things wouldn’t get crowded and messy, which almost always means bad news in wrestling.

Not only was this match fantastic (it made our Best Matches in Survivor Series history list), but The Usos were the stars of the show, and I, along with many others, was forced to eat crow.

The Usos (c)  vs. The New Day vs. Shelton Benjamin and Chad Gable vs. Aiden English and Rusev

Tag Team wrestling is alive and well in today’s WWE. The scene is as strong as it’s been in quite some time, which has led to incredible battles like this one. The Uso Penitentiary vs. Rusev Day… What more could you ask for?

Goldust and Cody Rhodes (c) vs. The Shield vs. The Usos

The Usos first started to take off around 2013, mainly due to their rivalry with The Shield. The two teams had tremendous chemistry together, which led to some amazing action inside (and outside) of the squared circle.

The Usos (c) vs. The Wyatt Family

The Usos brought their high flying and energetic offense to the table, while Luke Harper and Erick Rowan brought their raw power and large beards. It was a match (pun intended) made in heaven.

The New Day versus The Usos won the 2017 Year-End Award for Rivalry of the Year, and rightfully so. Their hatred for one another on-screen helped create memorable moments, as well as great matches like this one.

You don’t win Rivalry of the Year without having more than one good segment and match. The Usos and The New Day couldn’t miss a shot in 2017, and for many people, this was one of the best matches of the year.

American Alpha (c) vs. The Usos

In-ring action of this caliber helped make SmackDown Live what it was is 2017. The Usos, along with American Alpha, stole the show one Tuesday evening in March, further establishing themselves as four of the best WWE has to offer.

The Shield (c) vs. The Usos

Money in the Bank 2013 Kickoff

Like The New Day, The Usos had more than one classic bout with The Shield during their memorable feud back in 2013. This match kicked off the Money in the Bank pay-per-view with a bang and let the world know that The Usos were a serious threat moving forward.

Tyson Kidd and Cesaro (c) vs. Los Matadores vs. The New Day vs. The Usos

The first and only WrestleMania match on the list, which features Jimmy and Jey squaring off with three other teams in their hometown. These four teams went full speed for the entirety of this bout, beating the absolute hell out of each other for thousands to enjoy.

What’s on your list of the best Usos matches on the WWE Network? Let us know on Twitter, @TheRumbleRamble.