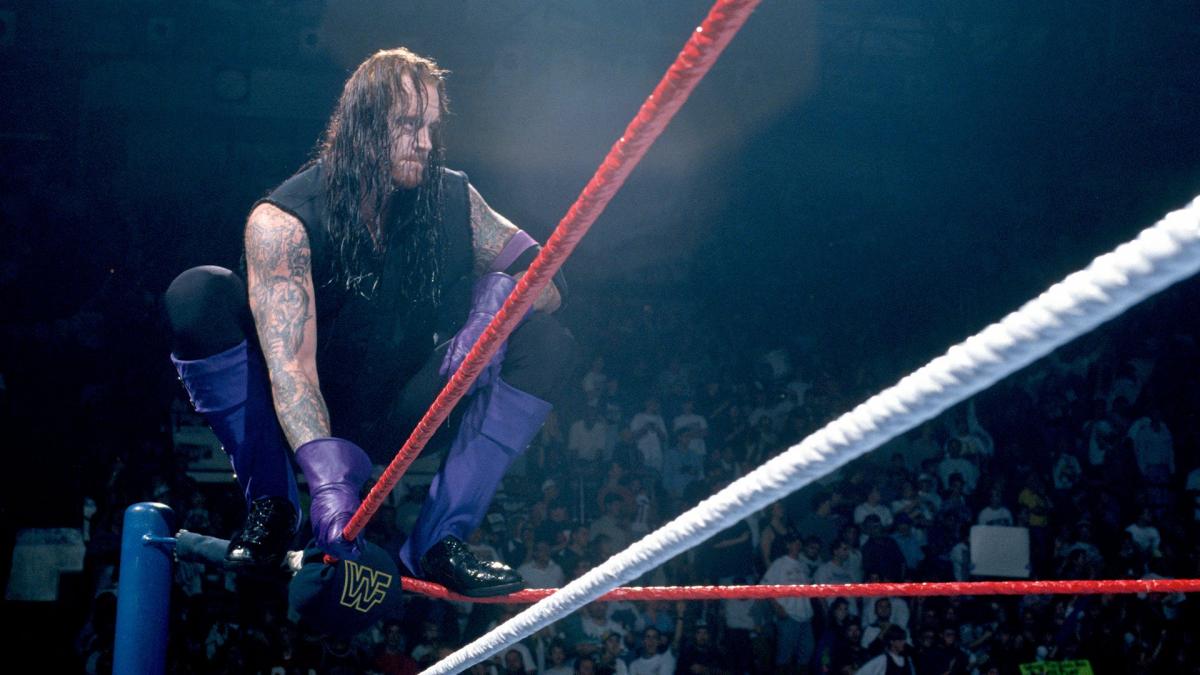 The Undertaker vs. Batista

This was the year of Batista vs. The Undertaker. The two had several great matches throughout 2007, but this one was the best of them all. Taker and Batista are a big draw on their own, but to add even more big fight feels, this rivalry centered around the World Heavyweight Championship.

The Undertaker vs. Brock Lesnar

The first of five Hell in a Cell matches on this list (The Undertaker truly is the king of The Cell). This is one of the last times Undertaker stepped into the ring and left us thinking “wow, that was awesome” when it was over. Taker vs. Lesnar from WrestleMania 30 is legendary because of the end of the streak, but this match is a better display of both men’s talent (and willingness to take abuse for the sake of the audience).

The Undertaker vs. CM Punk

CM Punk once stated that he didn’t care about this match as it was happening, but I, for one, think he’s full of it. This was one of the craziest storylines since Ministry Taker crucifying people on live television. Punk chose to get under Taker’s skin by playing with the ashes of the Paul Bearer, who had only recently passed away, so of course, Undertaker had to take him down on the Grandest Stage of Them All.

The Undertaker vs. Kurt Angle vs. The Rock

We had to throw in an American Badass Undertaker match, and what better than this triple threat between three legends. Three wrestlers at the top of their game gave it everything they had, and when that didn’t work, they gave everything the other two had, using each other’s finishers in a desperate attempt to claim the title.

The Undertaker vs. Mankind

There was no graphic I could use that would better summarize this match than the one above. This one was truly “hell on Earth” for both men, but mainly Mick Foley, who had teeth coming out of his nose after being slammed through the top of the cell. Foley is known for his wild stunts, but this one is almost difficult to watch. That being said, if you haven’t seen it yet, it is an absolute must for any wrestling fan.

The Undertaker vs. Kurt Angle

Just 6 months before Angle would make his departure from WWE, this is one of the best matches of either man’s career. It was almost unfair that this took place just before WrestleMania 22 because nothing on that card would touch the main event of No Way Out.

The Undertaker vs. Edge

Hell in a Cell

Edge took his opportunity to feud with Taker and ran with it. This was a vicious bout featuring several high-impact spots, with the Rated-R Superstar getting a surprising amount of offense. The Cell is Taker’s domain, however, and he proved that fact to everyone by throwing Edge through the ring into the fiery pits of hell to end the match.

The Undertaker vs. Triple H

Hell in a Cell

You know you have a stacked card when these two don’t make the main event. This was the last time The Deadman took on The Game at WrestleMania, and they went out with a bang. Triple H’s best friend, Shawn Michaels, as guest referee added another layer of drama and intrigue to the bout. And after a bitter rivalry spanning years, the three men walked away as equals.

The Undertaker vs. Shawn Michaels

The Undertaker vs. Shawn Michaels

In Your House 18: Badd Blood

The match that started it all, this was the very first Hell in a Cell. Who better to entrust with putting over a new gimmick than The Undertaker and Shawn Michaels. This is non-stop brutal action, you would think these two had done this hundreds of times. And just when you think it couldn’t get any better, you get the iconic Vince McMahon quote, “that’s gotta be…that’s gotta be Kane!!”