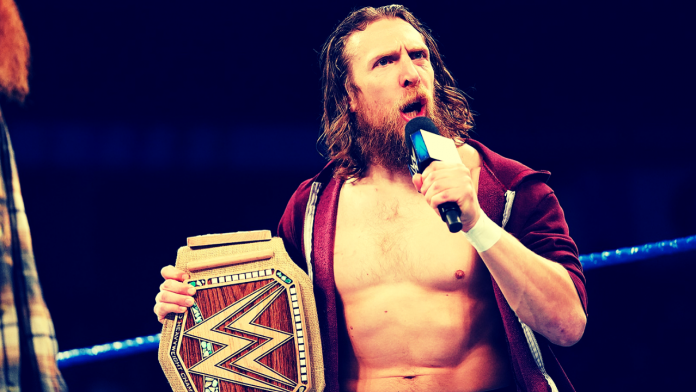 It’s been almost four months since Daniel Bryan won the WWE Championship on an episode of SmackDown Live. that moment, the man who had been the ultimate good guy for years, turned into one of the company’s biggest bad guys.

And he hasn’t looked back since. In fact, the work that Bryan has done over the past four months, in the ring and on the microphone, the best of his already legendary career.

The idea of Daniel Bryan being a heel in WWE again seemed unthinkable. When Bryan retired from in-ring action back in 2015 due to concussion-related issues, he was one of the biggest stars in the company. When he returned nearly three years later at WrestleMania 34, he picked up right where he left off, seemlessly stepping into the top babyface spot.

But as the year progressed, Bryan’s character began to grow stale. People were still doing the “yes” chant in every city, but something seemed… off. It became clear that Bryan, although one of the best in-ring performers in the history of the business, could be better.

It was time for a change.

Almost instantly, Daniel Bryan went from yes chanting, WWE Universe-loving hero, to villainous “Planet’s Champion” who despises everything about the company he works for and all who enjoy it.

But far from causing a loss of fans or momentum, this change has done nothing but propel Bryan to the top of the company once again.

A week after winning the title, Bryan faced Universal Champion Brock Lesnar in a champion vs. champion match at Survivor Series. The match itself, which was something Bryan had been vocal about wanting in the past, was absolutely fantastic. In fact, at the time, it was Bryan’s best match since returning to WWE.

He followed that epic encounter with another stellar match, this time against AJ Styles at the TLC pay-per-view in December, which somehow managed to top the instant classic that he had with Lesnar a month prior. Just how good were those matches? Both were at the top of our best main roster matches of 2018 list, with the bout against Styles earning the top spot.

Last month, Bryan successfully defended his WWE Championship against 5 other competitors inside the Elimination Chamber. The match came down to Bryan and Kofi Kingston, and together, they created a moment that wrestling fans will talk about for years to come.

Outside of the ring, Bryan’s character work has been some of the best WWE has seen in ages. From feuding with burgers to remixing the WWE Championship design, Bryan has completely committed to his “angry with the world eco-friendly vegan” character, and the results have been nothing short of incredible.

Rowan has been a nice addition to Bryan’s overall presentation, as well. Bryan can cowardly hide behind the much larger Rowan while Rowan does all of the dirty work, keeping feuds fresh for pay-per-view matches in the process.

Heading into WrestleMania, it looks as though Bryan will be feuding with Kofi Kingston over the WWE Championship. If the match does indeed happen, Bryan and Kingston’s performance at Elimination Chamber deserves a lot of the credit, as they proved that they have a ton of chemistry during the match.

Although playing the villain well, as demonstrated in the video below, the match with Kingston is evidence that Bryan has done everything possible to help shine a spotlight on his fellow performers since winning the title.

Are you enjoying Daniel Bryan’s WWE Championship reign so far? Let us know on Twitter, @TheRumbleRamble.