The 15 Best WCW Nitro Matches on the WWE Network 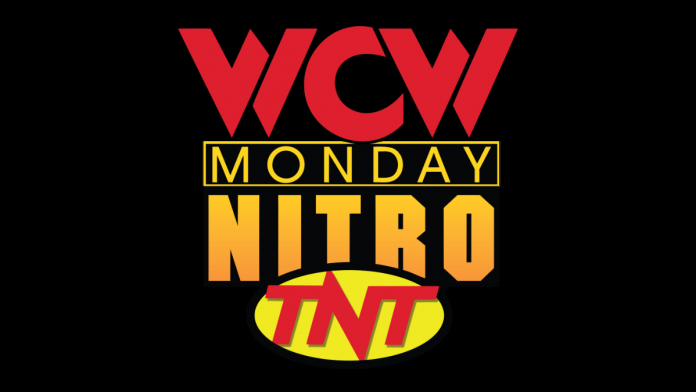 From September of 1995 to March of 2001, WCW’s Monday Nitro produced some of the best and most memorable matches of all time. From the big name stars like Goldberg, Sting, and Hogan, to almost every cruiserweight, the entire roster chipped in to make Nitro must-see TV each week.

The following is a list of the 15 best WCW Nitro matches of all time… or at least the matches I found the most fun to watch!


This hidden gem is one of the greatest Nitro matches ever and one of the most entertaining 5-minute sprints you’ll ever see. As far as the WCW version of Goldberg goes, this is as good as it gets. Watching him destroy Raven and the rest of The Flock is still a ton of fun today.


Another underrated match that features two stars that helped make WCW what it was at its peak. Dean Malenko, in particular, is a ton of fun here, combining some classic heel stuff with his consistently crisp in-ring work. Warning: there’s not a clean finish here, but it didn’t take away from the rest of the match, at least for me.


The cruiserweights were a huge part of what made Nitro so great back in the day, and to no surprise, there are a few Cruiserweight Title matches on this list. This one, in particular, is actually quite long, which was rare for all matches back in 1999. But all four guys managed to keep the pace up for the entirety of the match, with there being no time to breathe at all.


Speaking of matches that don’t let you breathe at all… these two guys went absolutely crazy from bell-to-bell, pulling off some pretty crazy moves in the process. Prior to this list, I actually underrated both of these guys, especially Kidman. Also, these guys would fit in perfectly in 2019.


I’m a sucker for Lucha trios matches and this is one of the best ones ever… in the history of Nitro, at least. La Parka was legitimately one of my favorites as a kid, which is probably why this one made the list over a few other options. And once again the cruiserweights steal the show… surprise surprise!


This match was kind of a tale of two careers. On one hand, you’ve got Bret Hart, who was nearing the end of the road here. On the other hand, you’ve got a rising Booker T who still has his best days ahead of him. Even with all that going on, the two had it on this night, and it’s a shame we didn’t get more of this version of Bret in WCW.


If you can get over the fact that the commentary team doesn’t care one bit about this match, it’s an absolute joy to watch. These four guys, regardless of the pairing, were absolute magic together. You could literally put any of them in the ring with each other and get something special every single time.


Even if 1999 wasn’t the best year for WCW creatively, there are quite a few TV bangers from that time period, including this one. Again, I totally underestimated how incredible Kidman was back in the day. Sure, he had some solid dance partners, but he more than held his own in all of these matches.


Matches like this one are what the modern style of wrestling was modeled after. There are quite a few moves in this match, especially the dives to the floor, that you’ll see a couple of times on every show nowadays, regardless of what company is putting on said show. This isn’t the best Nitro Cruiserweight match, but it’s pretty damn close…


If you know the story behind this one, you know what was going on in real life that made this one so special. And besides that, both Chris Benoit and Bret Hart were elite in the ring, and together, worked beautifully on this night. I’d argue that this match, and every match that comes after it, could easily be number 1 on this list.


When I think of WCW at its peak, I think of this match right here. Even with a short build, and giving away what probably should have been a pay-per-view main event for free, WCW hit an absolute homerun here. Watching that large Georgia Dome go nuts for their hometown guy is an all-time wrestling moment and as good as it gets.


Again, every match in the top 5 is as good as wrestling on WCW Nitro gets. This match, in particular, is Ric Flair and Eddie Guerrero, who was not yet a big star, wrestling for 20 minutes and having an absolute classic together. This is also the perfect example of the idea that the guy doesn’t need to win the match to come out looking like a big star.


There are a lot of matches on this list that have flashier moves or a better story than this one. But the way these two execute every little thing they do is as close to perfect as perfect gets. Seriously, from a technical standpoint, this match is literally perfect.

And seeing these two guys go at it like this, on what was only the 7th episode of Nitro ever, is pretty neat.


The best cruiserweight match in the history of WCW Nitro and one of my favorite WCW matches ever, including pay-per-views. When I think of my favorite WCW rivalries, Dean vs. Rey is right up there, because the two just had such good chemistry together. Rey Misterio made everything Dean did look like death, and Dean could keep up with Rey pacing-wise, so it was a match made in heaven.

Site note: This particular match occurred during the Disney WCW tapings in 1996, which happened right after Bash at the Beach 1996 (where the NWO formed). Those 5 weeks where WCW aired from Disney World is my favorite streak of weekly television ever, regardless of the company.


My favorite WCW Nitro match ever, for one particular reason. When I think of WCW, Sting and DDP are two of the first names that pop up. Seeing them have a great match together in April of 1999 (when WCW was dying a quick death), is really good stuff.

Throw in the WCW World Heavyweight Championship, and you’ve got one of the last great Nitro matches (and moments) ever.