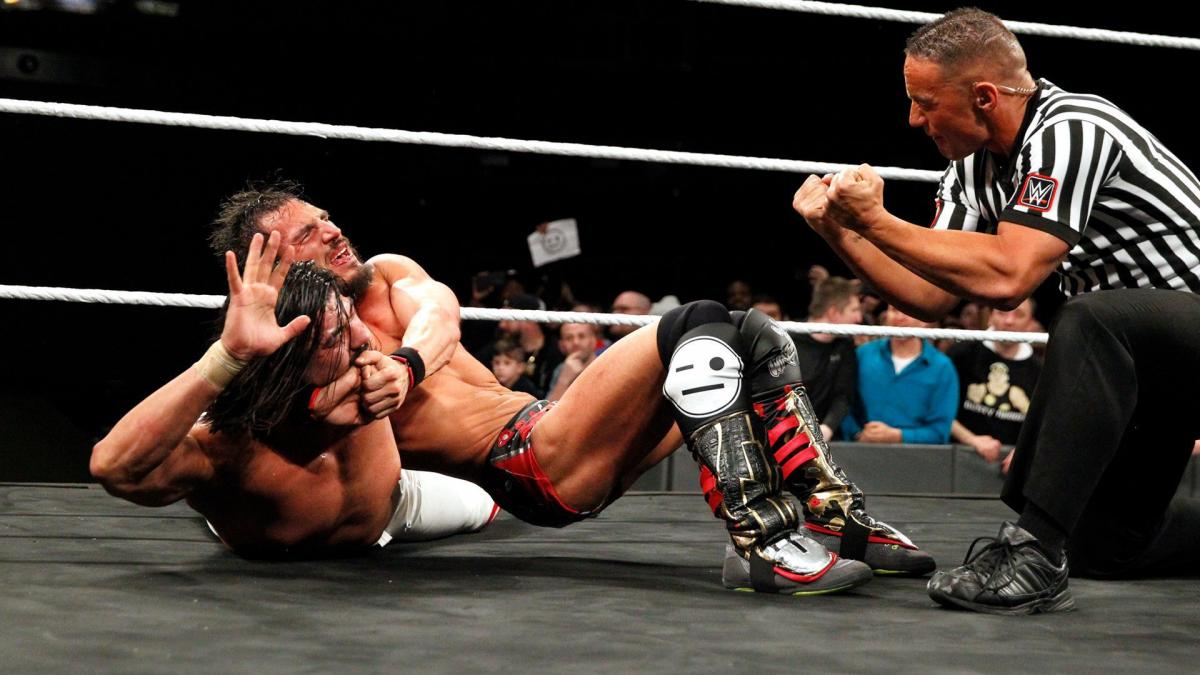 When it comes to good matches from the year 2018, 205 Live has been a gold mine. While the entire cruiserweight division has stepped it up as of late, Buddy Murphy, who wasn’t even a part of the brand at the beginning of the year, has been the MVP.

This match features Murphy absolutely bringing it to Cedric Alexander, in front of Alexander’s hometown crowd, no less. Alexander has been a solid Cruiserweight Champion so far, but this bout with Murphy is easily his best yet work yet.

The build for this match, which featured a moment that literally went viral, was incredible. Somehow, the match itself was even better. The moment Velveteen Dream stepped through the curtain with Hulk Hogan/Prince Puma inspired gear, we knew this was going to be an instant classic.

Aleister Black and Adam Cole took things to the extreme in the city of Philadelphia back in January. Thankfully both men (Cole, in particular) managed to walk away after the match, despite multiple spots where serious injury was waiting in the wings.

Another 205 Live match that features Buddy Murphy cracks the top ten. This time, Murphy squares off with Mustafa Ali, who may be the best pure babyface on the WWE roster. Ali is the most likable human being on Earth, and his in-ring abilities are some of the best in the company. He’s the perfect foe for the dastardly Murphy, who is the reigning big bad bully on 205 Live.

You could tell that the Chicago crowd didn’t know much about Danny Burch and Oney Lorcan prior to this match, as the two came out to absolute silence during their entrance. Contrarily, Undisputed Era got one of the biggest reactions of the night. After the final bell had rung, however, Burch and Lorcan had won over the hearts of the Chicago crowd by being batshit crazy, leaving everything they had inside the ring.

The pace of this match is incredible, which at times makes it a bit hard to follow, but it’s a rollercoaster ride and one of our favorite tag team matches from recent memory. Kyle O’Reilly and Roderick Strong are excellent performers, and Burch and Lorcan proved that they belong on the TakeOver stage with their strong performances.

The Tommaso Ciampa / Johnny Gargano feud is easily the best bit of business WWE has done this year. The story of two best friends turned bitter enemies isn’t that original, but the intricate details and subtleties throughout have made this some of the best television we can ever remember WWE producing.

From a storytelling standpoint, this may be the best on this list. Ciampa is the best heel in WWE at the moment, and Gargano’s ability to take an ass-kicking is unmatched, but the chemistry between the two is what really makes their matches special.

EC3 vs. Adam Cole vs. Killian Dain vs. Velveteen Dream vs. Ricochet vs. Lars Sullivan

These six performers, a bunch of ladders, the NXT North American Championship, and a hot New Orleans crowd was all it took to have quite possibly the best multi-man ladder match of all time. There were so many holy shit moments sprinkled throughout, and just enough psychology to make it all make sense, that it literally couldn’t have gone any better.

Returning from a serious knee injury that left him out of action for almost a year, Tommaso Ciampa showed up looking like a million bucks, which somehow made us hate him even more. Along with Gargano, the two had one of our favorite matches of all time, and the best match of WrestleMania weekend.

Not only is this our favorite WWE match of 2018 (so far), it may be our favorite WWE match of all time. Johnny Gargano and Andrade “Cien” Almas have yet to have a bad interaction, but this is a masterpiece that sits high above the rest. Almas’ ruthlessness, Gargano’s selling and never-say-die attitude, along with the perfect pace, are just some of the attributes that helped make this bout the unforgettable moment that it was.

What are your favorite WWE matches of 2018 so far? Let us know your thoughts on Twitter, @TheRumbleRamble.