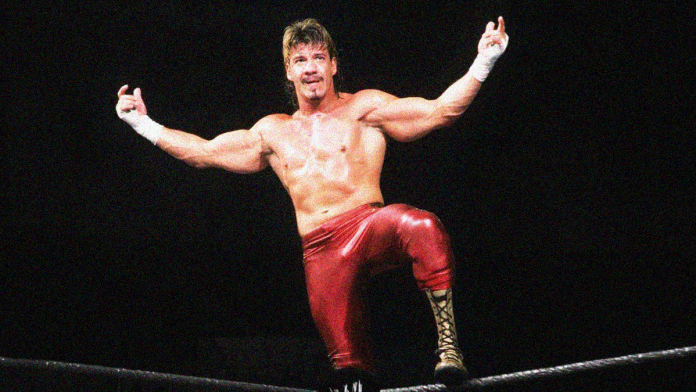 This match is extremely memorable for more than one reason. Not only was the in-ring action excellent, but a moment was created that fans are still talking about today. In one night, a career’s worth of hard work and dedication finally paid off for Eddie Guerrero.

One of our favorite ladder matches of all time. The two masters of the (five star) frog splash battle it out to see who could retrieve the Intercontinental Championship first… What more could you ask for?

A hidden gem on the WWE Network that not a lot of people talk about, for whatever reason. Eddie Guerrero looks a little silly in the Bret Hart-style singlet, but if you can manage to get over that, the in-ring action is elite.

Eddie Guerrero and Kurt Angle could not have a bad match with one another if they tried, but this bout is probably their best televised encounter. Watching these two work together, you could tell that Eddie wanted to prove to Kurt each and every night that he could keep up with the Olympian’s pace.

The action is non-stop, and the mat work is some of the best in the history of the WWE.

Much like Guerrero vs. Angle, Guerrero vs. Mysterio was always must-see television. As great as this showdown was, these two have another bout further down on this list that somehow blows this technical masterpiece out of the water.

Matches like this are what helped put Dean Malenko and Eddie Guerrero on the map. In fact, WCW got their hands on this tape, among others, and signed both stars to contracts soon after.

Eddie Guerrero vs. Chris Benoit vs. Edge vs. Kurt Angle

This match is a classic on paper, so it’s no surprise that it’s this high on the list. Speaking of this list, Guerrero has a singles match with every man in this bout on this countdown, so it’s safe to say these four had great chemistry with one another.

Firstly, how great was SmackDown in 2002?! This is the third match on the list to come from the blue brand during that era, and the fourth match overall to come from 2002.

As far as this bout is concerned, it’s violent, well-paced, and tells an excellent story using the concept of “no disqualification,” instead of leaning on it as a crutch. It’s one of the best matches in the history of the SmackDown brand.

Look at Guerrero’s mustache in the pre-match graphic above and tell me that this bout wasn’t destined to be a classic? I’ll wait…

There aren’t a lot of people in the history of professional wrestling who are as talented as Mysterio and Guerrero, so it’s not a complete shocker that the two could put together some of the best matches ever. Their chemistry together cannot be overestimated, and when you add that with their ability to do things in the ring that no one before or since has been able to do, you get performances like this one.