The 10 Best Bret Hart Matches on the WWE Network 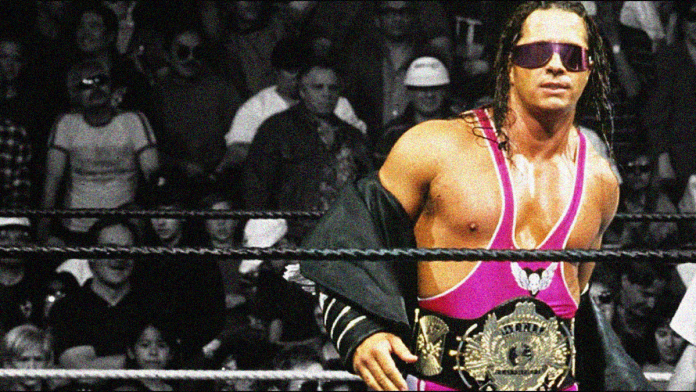 Bret Hart and Diesel had tremendous chemistry in the ring. In fact, we’re not sure the two ever had a bad match with one another. In this bout from the 1995 Royal Rumble pay-per-view event, the duo sticks to the tried and true formula that worked well for them in the past. That formula? Hart working over the larger Diesel’s legs while Diesel uses his size and strength advantage to overpower The Hitman.

Bret Hart vs. Stone Cold Steve Austin vs. The Undertaker vs. Vader

WWF In Your House 13: Final Four

This fatal 4-way match for the vacant WWF Championship from February of 1997 is arguably the best 4-way bout in the history of WWE. Multiple storylines and rivalries were woven together to create an epic build, which was somewhat thrown together thanks to Shawn Michaels’ lost smile. The hype leading up to this match was very much real, and thanks to all four performers turning in some of the best work of their careers, it surpassed it.

King of the Ring Tournament Match

This match is an instant classic on paper, so it’s not a shocker to see it make this list. In this bout, these two gentlemen put on a wrestling classic filled with thoughtful spots and wonderful psychology. Jim Ross also does an excellent job pointing out the minor details of the story being told by Hart and Perfect to the audience at home, which always helps make a match that much better.

This match doesn’t get talked about much thanks to another Steve Austin-Bret Hart match that folks like better (more on that later), which is a real shame. Like almost everybody else Hart got in the ring with during his career, Austin and The Hitman worked extremely well with one another. Together the two produced some of the greatest matches in the history of the business, despite only being in the same company at the same time for just a few short years.

This match took place on an episode of WCW Nitro in Kansas City, Missouri, just a few months after Bret’s brother Owen tragically passed in the same arena. Benoit and Hart wrestle one another for almost a half hour in what would end up being one of the last great Bret Hart matches before his in-ring retirement in 2000.

Of course, we have to talk about Bret Hart vs. Shawn Michaels from Survivor Series, only it’s not that match we want to talk about. Hart v. Michaels happened quite a bit, and most of them are worth the watch, but their bout from Survivor Series 1992 is the best of the bunch. This match takes a second to get going, but once it does, it’s a great showcase of what Michaels could do in the ring as a main event singles star.

WWF In Your House 5: Season’s Beatings

It’s been 23 years and watching The British Bulldog and Bret Hart beat the holy hell out of one another is still our favorite holiday tradition. Hard-hitting action with some awesome mat-based wrestling mixed in is never a bad route to go, and both Bulldog and Hart do the style better than most.

Every little brother in the world could relate to what Owen Hart was going through heading into WrestleMania 10. Owen had been trapped in the darkness that was his brother Bret’s shadow for his entire life and desperately wanted to escape. Bret, who was somehow the good guy in this feud (although I’ll admit, as a fellow little brother I’m a tad biased), wanted nothing more than to hold his brother down and remain the top star of the WWF. In our opinion, this is the best example of brother vs. brother in the history of professional wrestling.

Okay, we lied. Brother v. brother has been done better, but that’s only because of the time Bret and Owen were locked inside of steel cage with one another. If you have siblings, you know being trapped in the car with them for an hour can lead to some epic battles. This is exactly like that, except with more piledrivers.

This match has made a ton of our “top ten” lists and, to be quite frank, we’re running out of ways to describe how awesome it is. Simply put, this is one of, if not the greatest wrestling match of all time.

As an added bonus, here’s a really neat version of this match with Stone Cold’s commentary dubbed over with Austin breaking down every little detail of what makes this match so special. If you’re a true nerd about these kinds of things, this is a must-watch video that adds a lot to the experience.