The 10 Best AJ Styles Matches on The WWE Network 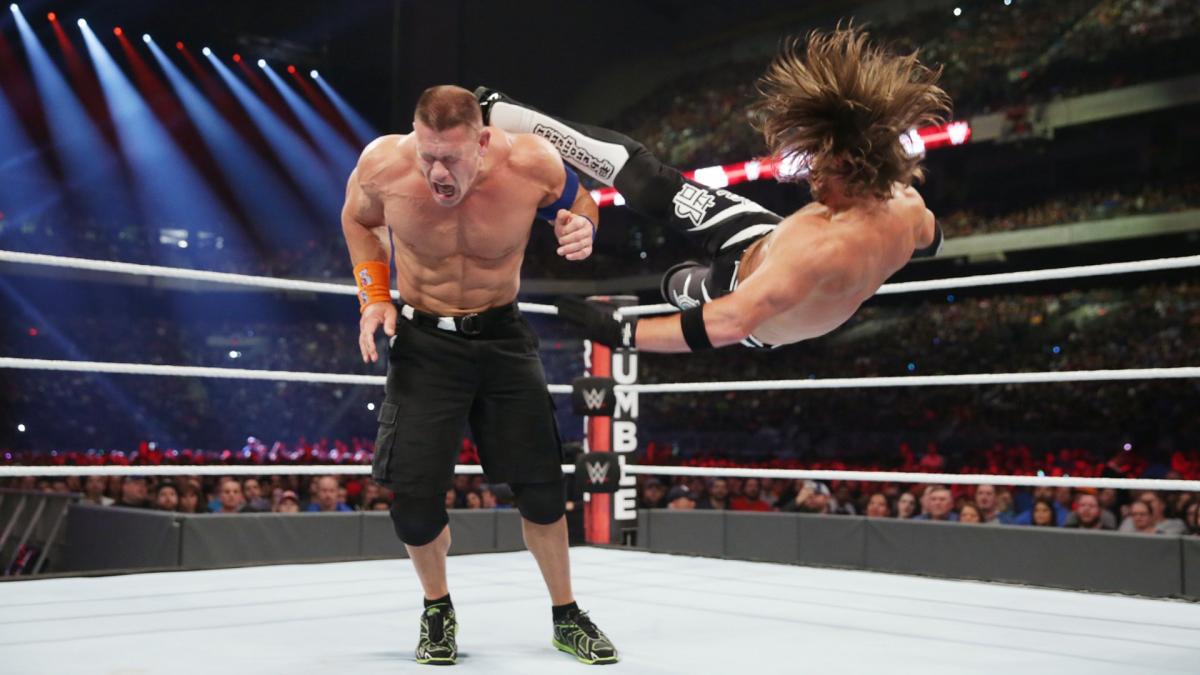 No one, including us, thought this match would be any good. Fans were disappointed to see AJ Styles facing Shane McMahon at WrestleMania 33, as they thought Styles wouldn’t get the WrestleMania moment he deserved out of this matchup. Styles and McMahon defied all expectations, however, and not only had a great match but stole the show.

AJ Styles vs. Kevin Owens vs. Chris Jericho vs. Cesaro

AJ’s first WrestleMania appearance may not have made the list, but the night after did. This was an excellent Fatal Four Way; AJ Styles against 3 skilled opponents in high stakes competition. Not to mention this was Raw after Mania, so you know the crowd was into it, which always makes a match that much better.

Styles needed a feud to introduce himself to the WWE Universe and who better to assist than The Best in the World at What He Does, Chris Jericho. Everyone who knew Styles pre-WWE knew that he was fantastic, but this put him on the radar of those who didn’t. Styles and Jericho had a series of great matches, but this one tops the rest.

The list of Superstars who have won the World Championship less than a year after their debut is a short one, but AJ Styles is on it. And absolutely deserves to be. This was the first SmackDown exclusive pay-per-view after the brand split and these two pulled out all the stops to show everyone what they could expect from the blue brand going forward.

This match wasn’t supposed to happen when it happened, but we’re so glad it did (sorry, Bray). No build, no story, no bad guys, and these two proved that you don’t necessarily need any of that. This was simply two of the best WWE has to offer fighting to see who would win and they tore the house down. If you haven’t seen this yet, it is well worth the watch.

Dean Ambrose shines in this type of match, but AJ Styles rose to meet him, proving that not only could he wrestle anyone and look good, he could also wrestle any style. I’m not a huge fan of interference in an already awesome match, but even the finish couldn’t spoil the great time that was Ambrose vs. Styles.

Styles’ best WWE feud so far is arguably with John Cena. It makes perfect sense; John Cena is the guy in WWE, then Styles comes along, knows he’s the best in the world, and attempts to dethrone him. You know you have something special when two titans of this caliber go head to head and this isn’t even their best match.

We’ve said this before, but when Brock Lesnar is into something, he gives 110%. So it’s no surprise that when pitted against a mega-star like AJ Styles, he didn’t hold anything back. As is typical for a Lesnar bout, this was brutal, with Styles reminding us how well he could sell, but never giving in, making us believe he just might bring down The Beast up until the very end.

This is a high-speed, high-intensity bout that lives up to the stipulation with tables, crowd brawls, and plenty of violence. As usual, the crowd was vehemently anti-Roman, but by the end, no one could deny that these two put on one hell of a show.

The SummerSlam match was everything we hoped Cena vs. Styles would be, but this one was even better. The title was on the line this time, adding an extra spark to the battle. Both men were laser-focused on victory and becoming the true Face of WWE and used every ounce of their energy against each other. As Styles’ WWE career goes, this is certainly the one to beat, but we have no doubt that before long, he will.

What’s your favorite AJ Styles match from his WWE career so far? Let us know on Twitter, @TheRumbleRamble.