So Far So Good for WWE’s Promise of Change 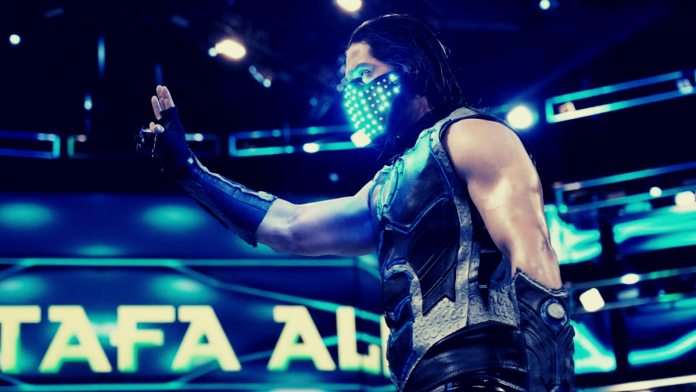 It’s been over a month since the McMahon Family kicked off the December 17th episode of Raw to address the fans’ complaints about WWE’s television programming.

They admitted that they hadn’t been doing the best job listening to their audience and promised a change in direction moving forward.

This change would include new matchups, new stars, and an earnest attempt to give the fans what they want on a consistent basis. And since that promise was made, the effort to create a new, more fan-first WWE television product has been unmistakable.


For example, the pledge to give new matchups has already been more than fulfilled. The last challenger for Brock Lesnar’s Universal Championship was Finn Bálor. While popular with the fans, Bálor hasn’t been that high on the card since his main roster debut in 2016. A match between the two seemed like the kind of content only obtainable in video games – until this past Sunday when it became a reality.

Speaking of WWE 2K19 dream matches, WWE teased a feud between Elias and Hall of Famer Jeff Jarrett just last night on Raw. That matchup is insane to think about but more than likely going to happen.

Over on SmackDown Live, Andrade and Rey Mysterio are in the midst of a feud featuring a series of matches that set the wrestling world on fire. The two continue to top themselves with each performance and fans are begging to see more.


WWE also promised fans new faces and has since delivered on that, too.

Mustafa Ali making the jump from 205 Live to SmackDown Live has truly been something special. Ali found himself right at home rather quickly and is already one of acts on the show.

Andrade, who we mentioned earlier, has a chance to become one of the biggest stars in the entire company in the next year or two. With his fiery manager, Zelina Vega, by his side, Andrade has everything you need to be a major player in WWE.

The NXT call-ups have been sprinkled in slowly, allowing fans who are unaware of their characters time to catch up. Nikki Cross and Heavy Machinery have looked especially promising in limited action.


Some of the old-but-new faces have also been given a chance to shine, including Sasha Banks, Apollo Crews, and Bobby Lashley.

Apollo Crews has made the most out of every minute of TV time he’s gotten recently. Banks got a chance to remind everyone what she could do at the Royal Rumble against Ronda Rousey and did not disappoint.

Lashley is the current Intercontinental Champion and, along with his hype man Lio Rush, is one of Raw’s most consistent acts at the moment. Rush is probably the most athletic manager in the history of professional wrestling and Lashley looks like a million bucks physically, making the two a great package deal.


Are things in WWE perfect at the moment? Absolutely not.

The tag team divisions on both Raw and SmackDown Live are lackluster at best. The teams, and therefore the potential, there, but a creative direction for the tag divisions has been nonexistent.

Despite having an insane amount of television programming each week, WWE still doesn’t have enough time to showcase everyone properly.

Unfortunately, this means more than a few stars aren’t given the chance to show what they can do on a routine basis, leaving fans of those characters unsatisfied.


But, even with their shortcomings, the fact of the matter is WWE is very much making an effort to produce the best product possible for their fans.

Having fan favorites Becky Lynch and Seth Rollins win their respective Royal Rumble matches is proof that WWE has their heads in the right place.

There were no unneeded surprises or swerves, WWE simply gave the fans what they wanted and the majority of people went home with a smile on their face.

Sure, it’s not perfect. But expecting perfection is both unfair and unrealistic. It’s never going to deliver exactly what every single viewer wants, but no television show ever does. And after all, it’s only wrestling.