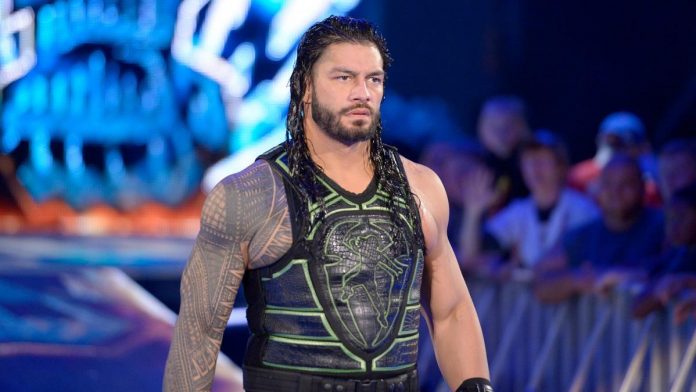 Over the last few weeks, Roman Reigns has been the victim of multiple cold-blooded attacks. First, someone tried to take him out of Summerslam by pushing a lighting rig on top of him as he made his way toward Kayla Braxton to reveal his plans for the event.

And when that failed to bring The Big Dog down, the same attacker took it a step further, attempting to hit him with a car at full speed as he arrived at Raw last week.

The culprit was originally thought to be Samoa Joe, but after Joe was seen bearing witness to the incident in the parking lot, WWE officials and fans were forced to rule him out.

However, in the footage of the lighting rig falling of Reigns, Buddy Murphy could be seen in the background, apparently leaving the scene of the crime. Roman Reigns confronted the former Cruiserweight Champion, demanding everyone else leave the locker room so he could do what he needed to get the answers he was looking for.

After a bit of coercion from Reigns, Buddy Murphy admitted to seeing Rowan the night of the attack, swearing that he wasn’t the one behind it. This got Reigns off his back for the time being, but the damage had been done.

Since Buddy Murphy suffered a merciless beatdown at the hands of The Big Dog, he challenged Reigns to a match on SmackDown Live to get an opportunity at retribution. Roman Reigns is always up for facing top competitors in the ring and took up the guantlet, agreeing to the match.


.@WWERomanReigns has accepted the challenge of @WWE_Murphy, and will go one-on-one with him tomorrow night on #SDLive. https://t.co/LQ1sfCc5ib


However, since Roman Reigns has been a target for some time now and Buddy Murphy received yet another beating, this time from Rowan for snitching to Roman Reigns, the chances of one or both of them being ambushed during this match are high.

This could be the perfect opportunity for Roman Reigns and Buddy Murphy to put their differences aside to take down their now common enemy, a pairing which we wouldn’t object at all to seeing.


What do you think of the upcoming battle between Roman Reigns and Buddy Murphy on SmackDown Live? Let us know on Twitter, @TheRumbleRamble.