Roman Reigns Returns to Raw, Announces Cancer is in Remission 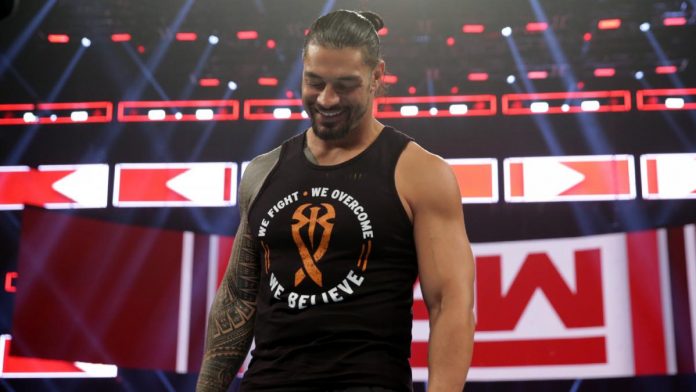 Last night on Raw, after a absence from WWE TV due to a battle with leukemia, Roman Reigns made his long-awaited return. He had promised to give an update on his condition, and many hoped that this would include a hint as to if and when we could expect his full-time return to the ring.

The reaction to Roman Reigns’ entrance to the State Farm Arena lwas nothing short of ecstatic. Every single fan in the building was on their feet, showering Reigns with love and adoration.

After taking a few well-deserved minutes to soak in the love from the audience (and to pull himself together, as he seemed quite overwhelmed by the reaction he received – in the best way possible), he gave the announcement we were all hoping to hear.

Roman Reigns is healthy once again. And making his official return to the ring immediately.

No matter how you feel about the character of Roman Reigns, you have to respect Joseph Anoaʻi. He has handled a terrifying situation with nothing but absolute poise, keeping his head held high and never showing an ounce of fear in the face of what would cause to .

More than any other point he made, he drove home how much the fans’ love and well-wishes meant to him as he made his journey to recovery. He thanked everyone multiple times and spoke of how touched he was to have received such an overwhelmingly positive, uplifting response in his time of need.

The only thing we have left to say is, welcome back Roman.


What do you think about Roman Reigns’ return? Are you excited to see The Big Dog back on Raw? Let us know on Twitter, @TheRumbleRamble.

Caitlin Colehttp://www.twitter.com/GrimmJim61
Co-Editor-in-Chief. Writer. Web Designer. Brains of the operation. Hit me up on Twitter if you're feeling chatty.