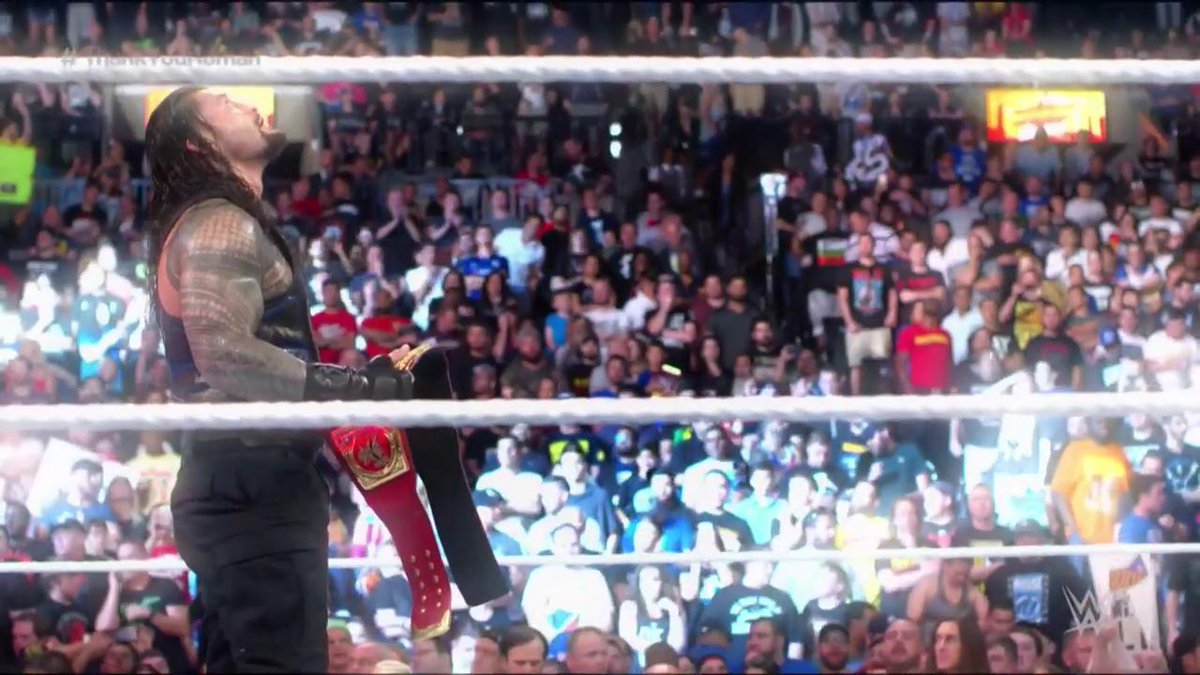 This past Monday night on WWE Raw, Roman Reigns, real name Joe Anoa’i, apologized to the WWE Universe for past statements he’s made that he referred to as “all lies.” After winning the Universal Championship in August, Reigns had promised fans that he would be a “fighting champion.” He claimed that he would show up to work every week with the title in his possession, ready to perform for the millions watching around the world.

Unfortunately, due to a real-life battle with leukemia, Anoa’i will not be able to bring the Roman Reigns character to life via television screen for the foreseeable future. However, Reigns is still very much an inspiration to everyone, particularly those dealing with hardships as devastating as cancer.

Behind the scenes, Anoa’i is beloved by his colleagues. One of the key figures spearheading a change in the backstage culture of WWE, Anoa’i has not only been the face of the brand for the past few years, but also the voice of the locker room. Stories of Anoa’i welcoming new talent into the shark-infested water that is the WWE main roster are a pleasant change from years past, where talent intentionally inhibited those below them in fear of losing their spots.

Because of this, it’s no surprise that the entire locker room flocked to Anoa’i upon learning of his latest bout with cancer. His poise and courage in the face of such a horrific situation was remarkable to witness. That being said, we couldn’t disagree more with Joe Anoa’i. To apologize for everything he’s told the WWE Universe about himself as Roman Reigns was not only unnecessary, but an insult to the strength of his character. Whether he’s on television every week with the Universal Championship slung over his shoulder, or at home with his wife and children, persevering through the unfortunate hand he’s been dealt, Joe Anoa’i is truly the embodiment of what it means to be a fighting champion.