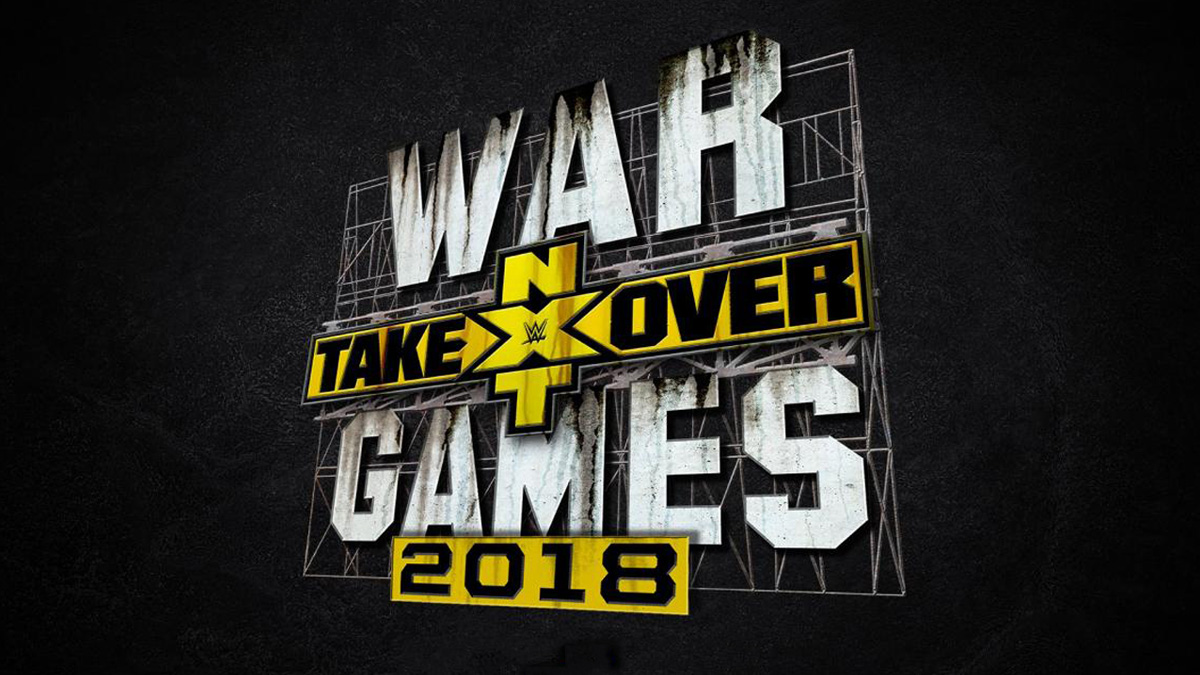 Matt Riddle made his entrance unexpectedly and called out Kassius Ohno. The two were set to have a match on the next episode of NXT TV, but after Ohno made the mistake of disrespecting Riddle during the preshow, Riddle just couldn’t wait. Ohno answered the challenge, ready for a fight, but was immediately KO’d by Riddle.


Kairi Sane started things off hot, catching Shayna Baszler off her guard and keeping the champ right where she wanted her. However, just when Sane was about to score a fall, Jessamyn Duke and Marina Shafir (two of the Four Horsewomen) interfered when the referee wasn’t looking, allowing Baszler to tap Sane out with her brutal rear naked choke and score the first fall.

From there, Sane struggled to regain the momentum with which she started. Baszler kept the upper hand until Sane hit a nasty DDT on the apron, took out the other horsewomen, then gained the second fall with an Insane Elbow.

Finally back on top, Sane attempted to finish things quickly with another Insane Elbow but was intercepted by Baszler. The horsewomen interfered again, but Io Shirai and Dakota Kai stopped them before things could go too far. Kairi Sane jumped from the top rope, going for one last Insane Elbow, but Baszler reversed it, trapping Sane on her back for a pinfall and winning the match in the process.


Gargano wasted no time taking things to a disrespectful level, smacking Black in the face the moment the match began. Black responded by kicking Gargano in the head and the tone of the match was set. The two rained abuse down on each other with reckless abandon. Gargano appeared to have Black’s number, as he beat Black down for several minutes, carefully maintaining an air of arrogance while he did so. Black eventually turned the punishment around on Gargano, starting with a dive to the floor.

Johnny Gargano struck back with a sickening DDT, kicking off another flurry of intense back and forth striking. Near fall after near fall, Gargano and Black tore each other apart, keeping the crowd on the edge of their seats (and us on the edge of ours) throughout the entire match.

The next several minutes was essentially the two men kicking the other’s head in until they were both incapacitated. Gargano appeared to have had enough, as he actually begged Black to hit the Black Mass kick, only to reverse it at the last moment, trapping Aleister in a Gargano Escape. Black somehow got out of it and hit Gargano with not one, but two spinning knees, followed by two Black Mass kicks, officially destroying Johnny TakeOver.


“Hollywood”  Velveteen Dream came armed to the teeth with confidence and swagger, ready for his chance at the championship. Ciampa, the master of mind games that he is, worked to throw Dream off his game by stealing his headband. Dream struck back by touching Ciampa’s title, then we got into the real action.

Ciampa appeared to knock Velveteen out with a knee brace to the head but didn’t capitalize on the moment, allowing Dream to recover without attempting a pin. The champ continued the punishment outside of the ring, laying Velveteen on the announce table before connecting a knee with The Dream’s skull. Velveteen eventually shifted the momentum with a neckbreaker, following it up with a spinebuster to get a near fall.

Dream wore down the already injured legs of Ciampa with vicious submission holds, then suplexed the champ out of the ring, unfortunately throwing himself to the ground as he did so. Ciampa held Dream down for a three count, but the referee noticed his handful of tights and refused to count the victory. Frustrated, Ciampa absolutely brutalized Velveteen, but was unable keep him down long enough to win.

Thanks to Velveteen, Ciampa’s leg was in so much pain that he removed one of his boots. The two exchanged DDTs and near falls, then in desperation, Ciampa removed the padding from the floor and attempted to DDT Velveteen into the concrete, but Velveteen threw the champ into the announce table instead.

Ciampa allowed the announcers to distract him, giving Velveteen the opportunity to hit a rolling death valley driver to the exposed concrete. The action then spilled back into the ring, where Velveteen Dream hit a Purple Rainmaker, which still did not win him the match. Ciampa DDT’d Velveteen on the steel connecting the two rings (set up for the WarGames match) and at long last was able to keep Velveteen down for a count of three, retaining his precious championship.


Undisputed Era vs. The War Raiders, Pete Dunne, and Ricochet


Adam Cole and Ricochet were the first to enter the cage, forced to face each other without the help of their respective teams under WarGames stipulations. Unsurprisingly, Cole was hesitant to initiate contact, as two steel cages separated him from the rest of Undisputed Era.

Once the action began, however, it was (also unsurprisingly) wild. Both Cole and Ricochet have impeccable timing and skill and used that skill to show off some impressive back-and-forth action. Undisputed Era were the first to be granted a second member, and Kyle O’Reilly entered the cage. Cole and O’Reilly did their best to wear down Ricochet, who in turn did everything he could to stay afloat in two-on-one competition.

Pete Dunne clearly wanted to be the second entrant for his team but was stopped by Hanson, who overpowered him and ran in instead. Having the obvious size advantage, Hanson went to work evening the score against Undisputed Era, throwing his weight into Cole and O’Reilly until they were left lying in a heap in the corner. Ricochet took advantage of the moment and hit a shooting star press off Hanson’s back onto O’Reilly. Determined to avenge his teammates, Roderick Strong sprinted to the WarGames cage, charging into Hanson before laying waste to Ricochet.

By this point, O’Reilly and Cole had regained their composure and the three active members of Undisputed Era did their best to keep Hanson and Ricochet down permanently. At the buzzer, Pete Dunne again wrestled to escape the holding cage, but Rowe shoved him away and ran to the double rings. Reunited at last, The War Raiders decimated Cole and O’Reilly, while Ricochet wore Roderick Strong down in the opposite corner.

The final member of Undisputed Era, Bobby Fish, was finally allowed to enter the match but took a detour in the form of wrecking Pete Dunne on the way down. After working Dunne’s arm through the holding cage door, Fish put his own lock on the cage and threw the key into the crowd for good measure. Continuing the path of destruction, Fish grabbed several chairs (complete with Undisputed Era logos) and threw them to his teammates, who used them to beat down their opponents.

The buzzer sounded for Pete Dunne, but the officials were unable to remove the lock placed on the cage by Bobby Fish and the match continued 4-to-3. Equipped with bolt cutters, the referees freed Pete Dunne, who immediately picked up a kendo stick and smashed the hands and faces of Undisputed Era as they sought to keep him from entering the cage.

An absolutely enraged Pete Dunne introduced numerous weapons and foreign objects into the cage for his teammates to enjoy. Upon entering the ring, Dunne unleashed his anger by smashing a kendo stick over the backs of Undisputed Era before doing his damndest to break Kyle O’Reilly’s fingers.

With all eight men in the ring, all hell broke loose. The team of War Raiders, Dunne, and Ricochet destroyed Undisputed Era. In an attempt to turn things around in their favor, all four Undisputed boys ganged up on Pete Dunne in one ring, keeping his teammates at bay in the other. Ricochet eventually broke the barricade, leading to more destruction between all eight men.

Following several minutes of chaos, Hanson splashed from the top rope onto O’Reilly, through a table, but only gained a near fall. Adam Cole saw the match slipping away from Undisputed Era and changed his game plan; instead of fighting, he began climbing over the cage. Ricochet followed him to the top and tried to pull him back down, but Roderick Strong assisted Cole in an effort to push Ricochet off and out of the cage. With Ricochet still clinging to the top of the cage, the other seven members of the match took part in an epic tower of doom, with Adam Cole at its peak.

After Ricochet did an insane double backflip from the top of the cage onto the other seven men, the teams separated, one in each ring, then met in the middle and brawled until all eight were out of action. In a bold, last-ditch move, Undisputed Era went after the War Raiders, but their endeavor to bring down the behemoths failed.

While The War Raiders and the members of Undisputed Era who tried to defeat them were laid out, Pete Dunne and Ricochet pinned Adam Cole for the victory with a Bitter End followed by a 450 from the top rope.