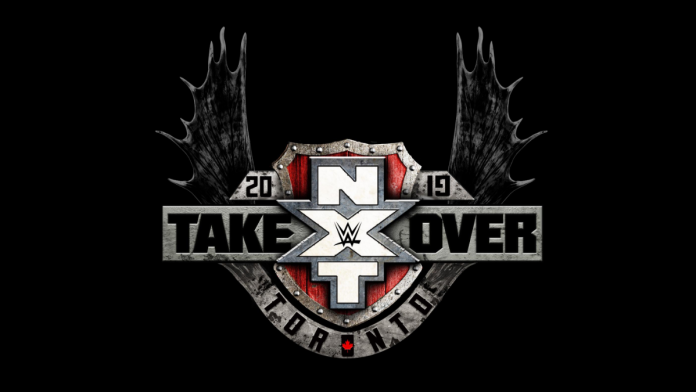 NXT TakeOver Toronto 2019 is coming to you live out of the Scotiabank Arena in Toronto, Ontario, Canada, this Saturday, August 10th, on the WWE Network. We’ve got the TakeOver Toronto match card, as well as our predictions and overall thoughts on the show for you to check out below.


First up in our TakeOver Toronto predictions is Io Shirai vs. Candice LeRae. Ever since Io Shirai attacked Candice LeRae after losing a steel cage match to Shayna Baszler on an episode of NXT, these two have been nothing short of vicious toward one another.

Candice LeRae hasn’t taken the mistreatment from her former friend lying down, but Io Shirai’s new attitude will likely lead her to take whatever measures necessary to win, including those Candice won’t stoop to. This break from sportsmanship will see Shirai to victory – at least this time around.


Velveteen Dream has a tried and true strategy when it comes to TakeOver matches: start with mind games, hang with everything the opponent can throw, sneak out a win.

But with two contenders instead of one, this game plan might not work out quite as well as it has in the past. Roderick Strong and Pete Dunne appear to have more of a problem with each other than with Dream, which could be beneficial to the champ, but we don’t think it will pan out that way. Velveteen doesn’t have to be pinned to lose the title and that’s exactly what will happen.

Roderick Strong will pin Pete Dunne for the win, leaving Velveteen Dream without a loss in a sense, but without the North American Championship.


The Street Profits are one of our favorite tag teams in WWE right now (as are Undisputed Era, to be completely honest), and they’ve been excellent NXT Tag Team Champions, but with so many appearances on the main roster shows, it would seem their time in NXT is coming to an end.

And Undisputed Era will be more than happy to help them on their way out the door, as we are now well into in the second half of 2019, and their window of opportunity to make it the year of Undisputed is closing along with it.

With Roderick Strong capturing the North American Championship and Undisputed Era reclaiming the tag championships, it’ll all come down to Adam Cole in the main event.


The HBIC has lived up to her moniker in this feud with The Queen of Spades, kicking the brutality up a notch before Baszler ever had the chance by attacking her henchmen, Marina Shafir and Jessamyn Duke, in the parking lot of the performance center on an episode of NXT.

This assault will undoubtedly cause Shayna Baszler to come into this championship match with a little extra fire behind her, which could very easily turn sour for the champ, but we think it will actually push her to victory.


The feud between Johnny Gargano and Adam Cole will no doubt go down as one of the biggest and best in NXT history, and such a significant rivalry can’t have just any finale.

Which is why Adam Cole and Johnny Gargano will settle things once and for all in what is essentially a Three Stages of Hell match. Cole and Gargano were each given the opportunity to choose one of the falls, Cole chose a traditional singles match, Gargano chose a street fight.

And if a third fall is needed (it will be), NXT General Manager William Regal, has a stipulation up his sleeve, though he has not shared it with the NXT Universe as yet.

Cole only just recaptured the NXT Championship back in June at NXT TakeOver XXV, and after his teammates’ victories earlier in the show, will have no choice but to retain it if he plans to retain his position as the leader of Undisputed Era.


What are your TakeOver Toronto 2019 Predictions? Let us know on Twitter, @TheRumbleRamble.