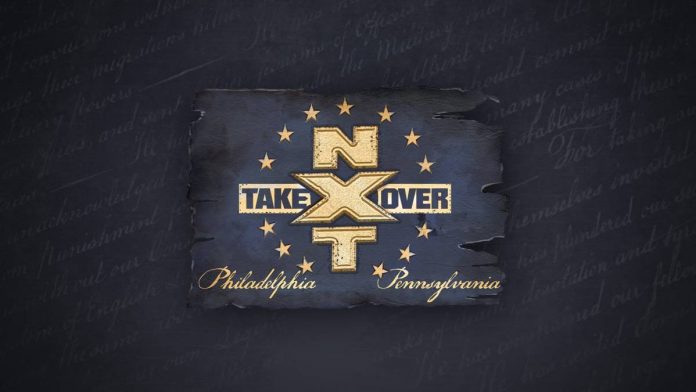 The Authors of Pain vs. The Undisputed Era


The Authors of Pain made their entrance with new merch and a new tron, which tipped their hand a little as to who would be going over in this match. There was a hot start, with AoP laying into Fish and O’Reilly before the first bell, a fitting beginning to a match between two highly aggressive teams. AOP had a pretty dramatic size advantage over Undisputed and frequently used it to their advantage. It was not enough to bring down O’Reilly and Fish, however, as the partners constantly tagged in and out of the match, effectively allowing both to be in the ring at the same time for much of the bout. By repeatedly worked the left knee of Akam, The Undisputed Era retained their titles at the last second via a botched Super Collider due to Akam’s “injury”.

When “going the distance” isn’t all it’s cracked up to be… #NXTTakeOver pic.twitter.com/gJqIv3bLew


Both Kassius and Velveteen came out in (partial) boxing gear. Amazing. Dream took down Ohno quickly but was distracted by the chanting from the crowd instead of taking the opportunity to pin his opponent and paid for it in the form of a hard forearm from The Knockout Artist. Velveteen Dream was extremely over with the Philadelphia crowd and has certainly earned it with his in-ring ability coupled with the fact that he radiates charisma. Although there were some awkward moments, this match had some good back and forth with a few near falls, Dream even kicking out of Ohno’s discus elbow. Velveteen Dream won the hard-fought battle in 30 seconds (plus 615) with a Purple Rainmaker from the top rope.


We half-expected Shayna to attack Ember with a rear naked choke in the first five seconds, but luckily we were in for more of a build than that. Although Shayna didn’t go straight for the throat (literally), this quickly became a display of ruthlessness from The Queen of Spades. She worked the left arm of Ember with an unconcerned expression until the champ attempted to turn the tides with an Eclipse, but the damage was already done. Baszler held her in an armbar for much of the second half, but Moon escaped with a sudden roll-up and pin of Shayna to end the match. The Queen of Spades did not take the defeat well and attacked Ember while she was being escorted up the ramp by medical staff.

You’re gonna want to brace yourself for this one. #ExtremeRules #NXTTakeOver pic.twitter.com/iyb5fzlVPx


These two wasted little time, starting the match out with some snug forearms to the other’s face. Cole attempted to introduce weapons first, throwing a chair into the ring, which Black promptly sat in, taunting Adam Cole, bay bay. They then each grabbed a kendo stick from beneath the ring, but Aleister threw his aside, reminding Cole that he is a weapon himself, making any others unnecessary. Cole took advantage of this and struck Black mid-backflip. At some point, Cole cut his thumb which added a surprising amount of blood to the bout.

After some more violence, the crowd chanted for tables and each competitor delivered, setting up two which Black eventually went through after a superkick from Cole knocked him off the top rope. Aleister nearly got the pin after a vicious chair spot, but the remaining members of Undisputed Era intervened. As they prepared to put Black through the announce table, SAnitY came out to even the odds, incapacitating O’Reilly and Fish. Black put Cole through the table meant for him, threw him back into the ring, and took the victory with a Black Mass. Both Aleister Black and Adam Cole proved themselves to be absolutely insane and put on a must-see show.


A completely different vibe from the previous match, these two paced themselves and started methodically, sizing each other up, but that didn’t last long. Things picked up when the match spilled out of the ring with a nasty back bump to the floor from Johnny Gargano. These two are freak athletes and were not shy about showing it off. They had an even amount of offense, Gargano matched the NXT Champion blow for blow, exchanging knees, elbows, and near falls at a rapid pace. The entire arena repeatedly jumped to its feet, chanting and cheering them on.

This match was everything you would expect from two competitors of this caliber, filled with incredible sequences. After a long battle and many intense spots, both Gargano and Almas were fatigued, each trying to use their last reserve of energy to secure the victory. Gargano nearly defeated Almas, but Zelina repeatedly interfered until Candace LeRae had enough and chased her from ringside.

After one of the wildest rides in wrestling history, Andrade Almas won the match with a Hammerlock DDT.

Honestly, there’s nothing I can say that would do this match justice. It is a classic that has to be seen to be truly believed.

As Candace helped Johnny up the ramp, they turned to acknowledge the crowd and Tommaso Ciampa appeared, smashing a crutch into Gargano’s back. The Psycho Killer is here.