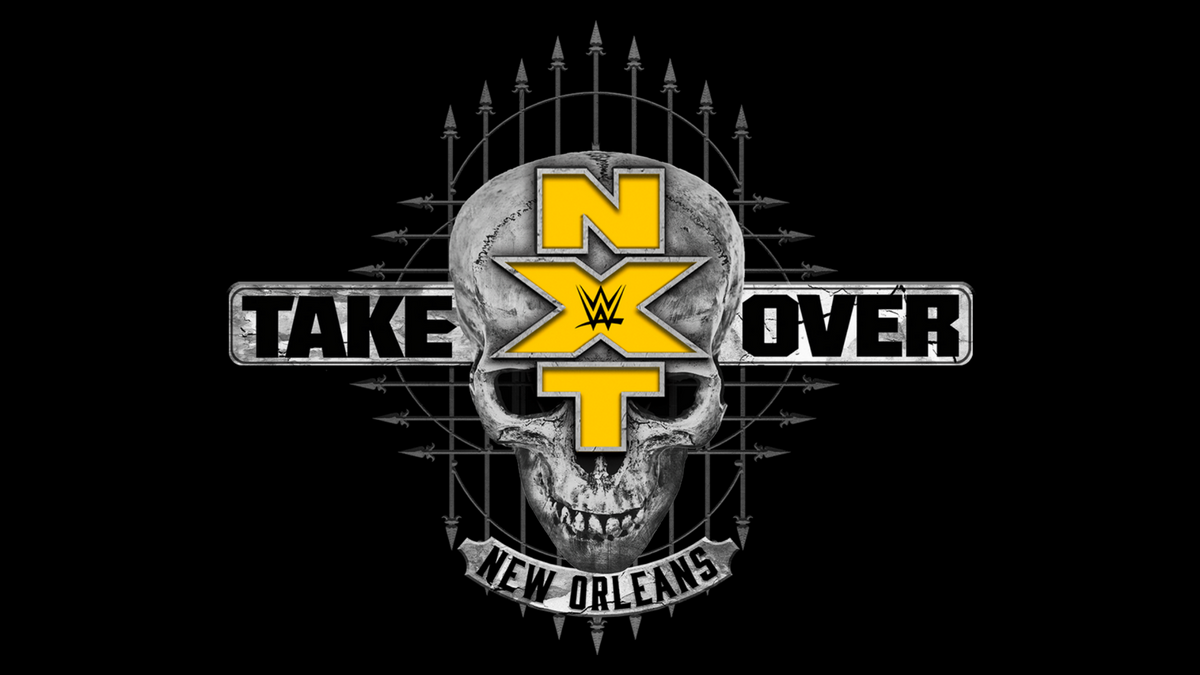 NXT TakeOver: New Orleans is going down Saturday, April 7th, live on the WWE Network. We’ve got the announced match card, show predictions, and our overall thoughts for you to check out below. Let us know what you think is going to happen on Saturday by tweeting us, @TheRumbleRamble.

The Undisputed Era (c) vs. The Authors of Pain vs. Roderick Strong and Pete Dunne

The Authors of Pain have done just about everything there is to do in NXT; they need a fresh batch of tag teams to beat down, so we think the main roster is the next chapter in the Book of Pain. As for Undisputed, especially considering Bobby Fish’s injury and the ladder match later involving Adam Cole later in the show, we don’t see them retaining. Roderick Strong and Pete Dunne are new to the NXT tag scene but have more than proven their skill as singles competitors. Plus we’ve already seen Dunne fit three title belts in his mouth at once, so two should be no problem for him.

Adam Cole vs. EC3 vs. Velveteen Dream vs. Lars Sullivan vs. Ricochet vs. Killian Dain

This match is so jam-packed with talent, we’re not sure what to do with ourselves. Not to mention we’ll be seeing Ricochet in action in a WWE ring for the first time (and EC3 for the first time in a long time). However, we don’t think the new North American title will be going to a new face. Adam Cole has been a formidable force in NXT for a while now and this is the perfect opportunity for him to be rewarded for his efforts.

Ember Moon has had a great run in NXT. She is everything you could ask for in a champion. That being said, we think her time is up. The main roster could use more female talent, particularly of her caliber. NXT has never had a women’s champion quite as sinister as Shayna Baszler and we think The Queen of Spades will soon take her place on the throne.

This one is such a toss-up, we’re completely guessing, to be honest. But regardless of who wins, this is going to be one hell of a match, so does it really matter? The stipulation is, should Johnny lose, he will be banished from NXT specifically, not the entire company. So we think Ciampa wins, but we see Gargano on the main roster sooner rather than later.

As cool as it would be to see one of our favorite wrestlers holding the title, we think Aleister’s character is somewhat above it. He doesn’t have anything to prove and winning the title isn’t going to give him any more validation than he already has. Conversely, Andrade is in the middle of a fantastic championship run and has numerous potential storylines and opponents left to explore with NXT.

The red or blue brand will soon.. fade to black.