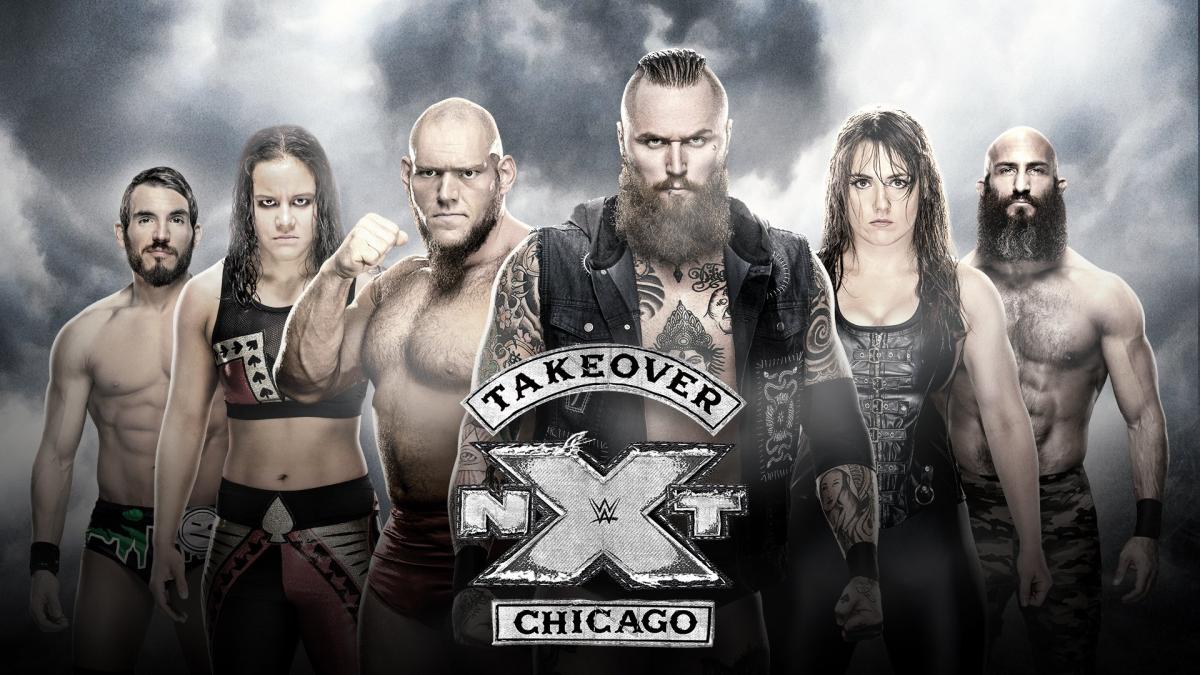 NXT TakeOver Chicago II is going down tonight, June 16th, live on the WWE Network. We’ve got the announced match card, show predictions, and our overall thoughts for you to check out below. Let us know what you think is going to happen during tonight’s show by tweeting us, @TheRumbleRamble.

This match is a dark horse contender for “Match of the Night,” because these four dudes are going to tear each other apart and it’s going to be a blast to watch. Oney Lorcan and Danny Burch are two of NXT’s more underrated talents, and every member of the Undisputed Era has been nothing short of spectacular since arriving in NXT. Look for Kyle O’Reilly and Roderick Strong to retain their NXT Tag Team Championship titles, thanks to some help from their fellow Undisputed Era members, Adam Cole and Bobby Fish.

NXT in 2018 has been incredible so far, thanks to awesome dream matches (pun intended) like this one. Ricochet and Velveteen Dream are two of the coolest acts in professional wrestling at the moment, and both can really go in the ring. Velveteen Dream’s character can afford to lose and stay over with the fans, and Ricochet is probably heading toward an NXT Championship run before being called up to the main roster, so expect Ricochet to win following a hard-fought battle.

We’re big fans of Shayna Baszler, and even bigger fans of Nikki Cross, who seems to have Shayna Baszler’s number at the moment. Cross is a tad bit on the strange side, and Shayna can’t quite wrap her mind around it. These two have the potential to shock a lot of people, because there doesn’t seem to be much excitement regarding this matchup, despite both of these women being fantastic performers. Baszler is going to retain her title, but Cross will head up to the main roster to join the rest of SAnitY on SmackDown Live, which means everyone wins.

Lars Sullivan is a product of the WWE Performance Center, and although he’s still a bit green, he’s improving at a rapid pace. Aleister Black may be our favorite act in WWE at the moment, and watching him win the NXT Championship at TakeOver: New Orleans was one of our favorite moments of the year so far. He has more time as the face of NXT, so after taking quite a beating from Sullivan, he’ll retain via the Black Mass out of nowhere.

These two have borderline unrealistic expectations to meet because if they don’t have the best match of the year, many fans will consider it a disappointment. Luckily, the Chicago crowd, along with a street fight stipulation, will allow them to meet the hype head on and deliver an instant classic. Ciampa gets the win and sets up a showdown with Aleister Black at TakeOver: Brooklyn IV in August for the title.