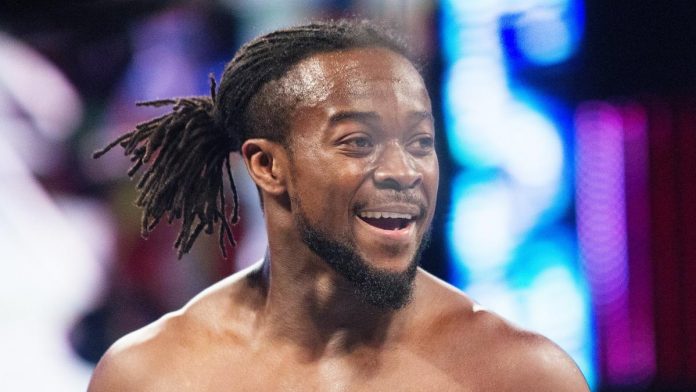 Being unexpectedly thrust into the main event of Elimination Chamber gave Kofi Kingston a unique perspective on the events of the day. As his recent push has made the WWE Universe fall even more in love with The New Day member, WWE released a video showing Kingston’s experience leading up to the WWE Championship Elimination Chamber Match.

Before talking about himself, Kofi Kingston reminded us, once again, why we love him so much, and why he is so deserving of the opportunity he has been given. Kofi is fantastic in the ring, there’s no doubt about that, but his worth goes far beyond in-ring ability.

Every step of the way, Kofi has made sure to mention Mustafa Ali, and how heartbroken he is that Ali’s chance was taken from him due to injury, even though the switch led to fans and wrestlers alike exploding with demands of #KofiMania. To handle such an event with the amount of grace and compassion Kingston has takes a very noble person, which, to us, makes him more than deserving of any and all opportunities made available to him.

We’re not the only ones who believe this, either, as Kofi described Xavier Woods and Big E’s campaign to make him WWE Champion. Woods and Big E excitedly gave a speech of their own as well, declaring it a massive injustice that Kofi Kingston has yet to hold the main title in the company. To have the entire roster behind him only furthers the idea that he is one hell of a man as well as a competitor.

Kingston remained calm and collected throughout the video, and said that he wasn’t nervous, as he always “keeps his blade sharp” and remains ready for any opportunities that may come his way. On the contrary, he kept a very light-hearted demeanor, twerking in the chamber pod, playing Tetris on his phone in the stands, even casually getting a haircut backstage.

Kofi Kingston stated that it was his childhood dream to hold every Championship in WWE, and because of that, when he became a WWE Superstar, that was the goal he set for himself. As he has already held the Tag Team, United States, and Intercontinental Championships, the WWE Championship is the only one left. We have all the confidence in the world that Kofi would make a great WWE Champion and hope that, before long, his dreams become a reality.


What do you think of Kofi Kingston’s Elimination Chamber Vlog? Which Superstar’s experience would you like to see documented next? Let us know on Twitter, @TheRumbleRamble.