Today, the WWE announced a thirty-two man “Global Cruiserweight Series” that will take place at Full Sail University and air on the WWE Network, beginning in July. While I love tournaments, and WCW’s cruiserweight division (along with Smackdown’s in the early 2000’s) introduced me to a style of wrestling that I’d never seen before and fell in love with instantly, I have one major beef with the tournament: cruiserweights do not exist in pro wrestling anymore.

Although smaller WWE Superstars like Shawn Michaels and Rey Mysterio held “heavyweight” titles before him, I consider Daniel Bryan winning the WWE World Heavyweight Championship at WrestleMania 30 the official “death of the cruiserweights.” Despite his size, Bryan deserved to be in the main event of WrestleMania, capturing the biggest prize in WWE by defeating multiple legitimate heavyweights throughout the night. However, it seemed silly to call that championship the “Heavyweight Championship” when the guy who won it was 190 pounds. If you read my fantasy booking articles, you’ll notice I never use the term “heavyweight” when referring to the WWE World Heavyweight Championship. Quite frankly, I do not want to look silly and use the term “heavyweight” when guys who could meet the “205 pounds or less” weight limit for this cruiserweight tournament have been competing for it.

I love the idea of a tournament for smaller guys who are exciting to watch in the ring. I do not love the idea of belittling them with the term “cruiserweight,” despite the fact that every single one of the performers in this tournament could possibly be in a main event storyline for the WWE World Heavyweight Championship in the near future. The WWE should remove the terms “heavyweight” and “cruiserweight” from their vocabulary, because they certainly have removed what those words mean from their booking philosophies. 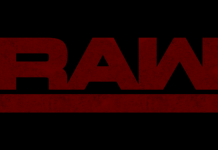 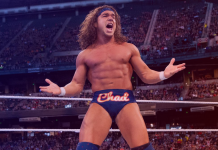 Ready, Willing, and Gable: A Look Back at Chad Gable’s WWE Career