The Wyatt Family (Harper and Rowan) vs. The Dudley Boys

The Setup: This match is simply planting the seeds for something bigger at WrestleMania in April. Have The Wyatt Family (Harper and Rowan) defeat various tag teams on Raw, with The Dudley Boys defeating those same teams on Smackdown. That leads to this match at Fastlane, where the winners not only have bragging rights but are closer to a Tag Team Championship opportunity.

No. 1 Contendership for the Intercontinental Championship

The Setup: AJ Styles defeated Chris Jericho on the Raw after the Royal Rumble, with Kevin Owens defeating Dolph Ziggler earlier in the night. The next few weeks you see singles matches between these four men, with everyone trading victories (Owens can pin Styles via a dirty finish). That leads to this match, with the winner getting Dean Ambrose at WrestleMania for the Intercontinental Championship. Owens and Styles focus on one another and take each other out of the match; Jericho wins after Ziggler taps out to the Walls of Jericho.

Kalisto (c) vs. Rusev (w/ Lana and the League of Nations)

The Setup: Kalisto defeated the Miz in a non-title match on Raw after capturing the championship from Alberto Del Rio at the Royal Rumble. The next few weeks see Kalisto defeating multiple challengers in non-title matches, building him up as a credible champion. On the February 15th episode of Raw, the United States Open Challenge is announced for Fastlane, with Rusev answering the call. The numbers appear to be too much, but Sin Cara runs down with a chair to even the score. Kalisto wins with a Saluda del Sol off the top rope.

The Social Outcasts (Slater and Axel) vs. Golden Truth (Goldust and R-Truth)

The Setup: After an amazing segment that ended in The Rock and The Usos attacking The New Day the night after their victory at the Royal Rumble, The New Day/Usos feud appears far from over. Singles matches between the team members is a bit overdone, but the entire feud is a bit overdone, so we are going to work with what we have. Have the member(s) of the team not in the single’s matches on commentary to help add some more bad blood to this feud. The New Day finally drop the championships after The Usos hit a big splash on Kofi Kingston.

The Setup: After defeating Becky Lynch at the Royal Rumble to retain her Diva’s Championship, Charlotte was attacked by a returning Sasha Banks. The next night on Raw, Charlotte attacked both Banks and Lynch during their singles competition on Raw. Announced the next week is this triple threat match at Fastlane for the Diva’s Championship, with the three winning singles matches over various Divas on Raw and Smackdown leading up to the show. This one ends in a disqualification after Banks locks Charlotte in the Bank Statement (while Lynch has Banks locked in some sort of leg submission) in the middle of the ring, resulting in Ric Flair pulling the referee out of the ring and locking him in a figure four leg lock on the floor.

No 1. Contendership for the WWE Championship

The Setup: The Authority announced this match on Raw the night after the Royal Rumble for Fastlane, with the winner facing Triple H at WrestleMania 32 for his WWE Championship. Lesnar stays off TV until Fastlane, with Ambrose and Reigns defeating various teams on Raw and Smackdown leading up to Fastlane. On the February 15th episode of Raw, Ambrose and Reigns go at in the main event, with Ambrose getting the victory. After the match, Ambrose goes to shake Reigns’ hand, but Reigns looks at it and walks away, ending the show. That Sunday, this triple threat match ends with Lesnar being taken out by the Wyatt Family (WWE usually makes triple threat matches no disqualification) and Reigns pinning Ambrose in the middle of the ring. Triple H comes out to congratulate him but gets a spear in return. The show ends with Reigns posing on the top rope and pointing at the “WrestleMania” sign.

Overall Thoughts: You’ve got to start shaping up your WrestleMania card and Fastlane is the perfect opportunity to do just that. Jericho/Ambrose is an exciting match for WrestleMania for the Intercontinental Championship. The feud has some backstory, they’ve been teasing it for a while, and it’s a solid spot for both competitors. Kevin Owens vs. AJ Styles is going to be incredible, and with those two going at it at WrestleMania; they have a really good chance of stealing the show. The Dudley Boyz, the Wyatt Family, the Usos, and The New Day are all set for a multi-team tag match at ‘Mania, with the Usos carrying the gold (or copper?) into Dallas. Charlotte is getting closer and closer to tasting defeat, but she holds her Diva’s Championship all the way to WrestleMania, with multiple Divas chasing after her. Finally, Roman Reigns and Triple H are set to lock horns at WrestleMania 32 for the WWE Championship. Like it, love it, hate it, that is probably the biggest marquee matchup the WWE has access to right now. The Road to WrestleMania is coming to a close, let’s see if we can get 100,000 people excited for the biggest show of the year. 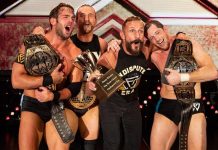 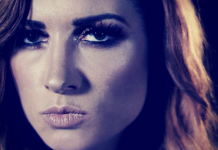