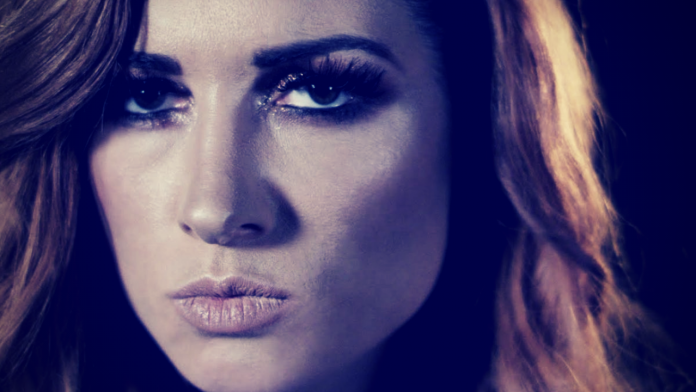 
Personally, I’m a huge fan of any WrestleMania battle royal. They’re a great way to give the spotlight to a ton of people and have become a fun tradition that I look forward to every year.

Here a few notable entrants for the Andre the Giant Memorial Battle Royal, including a few (Ali, Mysterio) that I really wanted to get on the main card but couldn’t quite fit:

The final two participants are Mustafa Ali and Rey Mysterio, and after a 5-minute back-and-forth battle between the two, Mysterio eliminates Ali to get the win.

This match desperately deserves a greater prize than a trophy, so the reward I’ve chosen is a WWE Championship match the following Tuesday on SmackDown Live.


In this scenario, Hideo Itami captures the Cruiserweight Championship at the Royal Rumble. Buddy Murphy’s reign has been fun, but it’s now or never for Itami.

205 Live needs a nice shot in the arm and Pete Dunne could do wonders for the show’s roster (especially as a babyface). This would also give WWE a chance to plug the new WWE UK show in front of a large audience.

Itami gets the win in what would be one hell of a match.


Much like the ATGMBR, the Women’s WrestleMania Battle Royal winner will receive a title shot the following Monday or Tuesday on either Raw or SmackDown Live.

Picking a winner was really difficult, so I decided to give an up-and-comer a chance to make a name for herself. Liv Morgan gets the victory; she’ll face the Raw Women’s Champion the very next night on Raw.


Rusev (c) vs. Andrade vs. Shelton Benjamin vs. Jeff Hardy vs. Kofi Kingston vs. Shinsuke Nakamura vs. Samoa Joe


Ladder matches to kickoff WrestleMania are a bit of a tradition. They’re also always great, and SmackDown Live’s roster is absolutely loaded with guys who would crush it in that kind of environment, so this was an easy decision.

Andrade gets the win, capturing the United States Championship and ending Rusev’s reign. What next’s for Andrade? A feud with Mustafa Ali centered around the title!


The Revival (c) vs. Kevin Owens and Sami Zayn


Kevin Owens and Sami Zayn should be returning to WWE sometime soon. Both received their own vignettes hyping their return not too long ago, which got us thinking that WWE may have plans for the two as singles stars in 2019.

However, Owens and Zayn could probably do a lot more good as a unit right out of the gate, and Raw’s tag division needs help, so pulling the trigger on a legitimate KO/Zayn team seems like a no brainer.

Getting the tag titles on The Revival also seems like a great idea. Especially if we get a match like this at WrestleMania 35 out of it.


After delivering an impressive performance against Brock Lesnar at the Rumble, Bálor defeats current Intercontinental Champion, Bobby Lashley, at the Elimination Chamber pay-per-view.

As for ‘Mania 35, Dean Ambrose vs. Finn Bálor is a fresh matchup that surrounds the IC Title with a ton of star power. Much like he did against Baron Corbin at SummerSlam last year, Bálor brings out a surprise Demon and defeats Ambrose in a few minutes.

Hey, every match can’t be a 20-minute classic.


Asuka and Sonya Deville have had a few really great encounters on SmackDown Live in the past. Deville’s MMA background mixed with Asuka’s badass-ness is a wonderful recipe that could create magic on a stage like WrestleMania.

Deville puts up a and makes a name for herself in the process, but she’s just not quite ready for .


Let’s be honest, Drew McIntyre is going to be a major player in 2019.

A win over John Cena at ‘Mania would cement McIntyre atop the title picture on either Raw or SmackDown Live. I mention SmackDown Live only because I’d move McIntyre over to the blue brand via a Superstar Shake-Up and have him feud with the WWE Champion post-Mania (more on this next…)


Can you picture it? Pompous “Save the Earth” Daniel Bryan feuding with Hollywood-megastar Dave Bautista in a WrestleMania program… and the WWE Championship is there, too!

In all seriousness, Bryan and Batista have history with one another. In case you forgot, Bryan tapped out big Dave to win the WWE Title at WrestleMania 30. The two are also polar opposites, and more importantly, I think they’d have a great match with each other.

Bryan gets the win, but… Rey Mysterio defeats him for the WWE Championship two nights later in the main event of SmackDown Live!


AJ Styles vs. The Undertaker


If WrestleMania 35 is The Undertaker’s swan song (fingers crossed that it is, by the way), then AJ Styles is the perfect final opponent for The Deadman. Styles can get a good match out of ‘Taker and send him out with a performance that he can be proud of.

Also, Styles desperately needs a big spot on the card, and I couldn’t find anything else for him to do besides this. Not that retiring the greatest WrestleMania performer of all time (pretty please) is a bad spot.


Seth Rollins winning the men’s Royal Rumble match has to be the plan, right?

No matter who faces Lesnar at WrestleMania 35, assuming he’s still the champion, they need to get the win. Rollins and Lesnar would undoubtedly have an epic match, and Rollins may be one of people in the company who can make fans care about the Universal Championship again.


Shane O’Miz vs. The Bar vs. The Club vs. The Usos


The SmackDown Live tag team division, while loaded, is very hard to predict right now. All I know is that I absolutely hate the idea of Miz vs. Shane at ‘Mania, but I actually like their babyface tag team dynamic a lot.

So I’d have them win the titles at the Rumble from The Bar.

As for this card, an elimination tag team match allows for more teams to get on the show, but also lets us have a two-on-two tag match eventually.

The final two teams are The Club and Shane O’Miz, and The Club get the W.


This match, along with Lesnar/Rollins, seems like the only match on this card that is sure-thing at the moment. These three women are the best, most popular stars in the company and are the rightful performers to close out the biggest event of the year.

How we get here (who wins the Rumble, how it becomes a 3-way, etc.) doesn’t really matter. These three, especially with the no DQ stipulation that comes with a triple threat match, are going to tear the house down.

Becky Lynch holding the Raw Women’s Championship while pyro and confetti fill the arena is the last image we see before the show goes off the air.