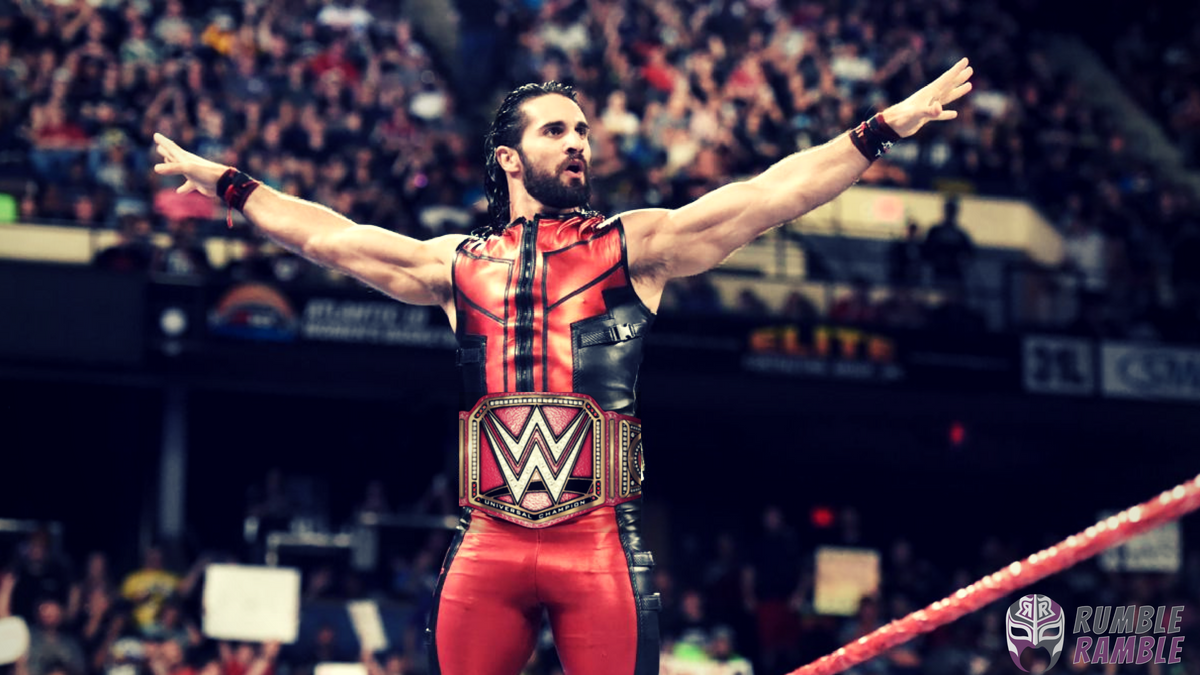 If you’ve had your eyes on the cruiserweights recently, you know that this match has “Match of the Night” potential on any pro wrestling card in the world at the moment. 205 Live has been on an upward trend as of late, and a match of this caliber on a stage as big as SummerSlam could be the next big wave that helps carry the brand to bigger and better things.

Andrade “Cien” Almas, along with his incredible manager Zelina Vega, just need one feud to sink their teeth into before things can finally get rolling for the duo on the main roster. Jeff Hardy, one of the most established guys in WWE at the moment, is the perfect foe for Almas and Vega, as a win over Hardy would help legitimize the two, especially for fans who may not know much about them yet.

After defeating Hardy, Almas and Vega should be the first two people to welcome Rey Mysterio to SmackDown Live, assuming Mysterio is indeed heading to WWE in the near future.

We’ll admit it – the booking here is a bit lazy.  Shoving a bunch of guys into one match to get more people on the show is something that happens on every WWE pay-per-view nowadays, even if it’s a bit of a problem. However, this is the only multi-man on a 10-match card; plus, multi-man ladder matches are always a good time.

Monday Night Raw and the Intercontinental Championship need Drew McIntyre as a singles star right now, so this seems like the perfect time to get things rolling in that regard.

Team Hell No’s reunion couldn’t have happened at a better time, as it gives Daniel Bryan something to do until it’s time heat up his feud with The Miz for WrestleMania 35. SAnitY, even without Nikki Cross, has a ton of potential, but it’s not quite the right time to pull the trigger on them.

Sasha Banks and Bayley having one more showdown, in Brooklyn of all places, seems like the perfect way to cap off their legendary feud. While WWE Creative hasn’t given these two the best stuff to work with lately, there’s no doubt that the two can still do amazing things with one another in the ring. Adding the Brooklyn Street Fight stipulation gives both Banks and Bayley even more freedom to make something magical happen together, which is what the two should have been doing this entire time.

We’re going to assume that Shinsuke Nakamura defeats Jeff Hardy at Extreme Rules because Nakamura can’t really afford to lose any more title matches. That sets up potential showdowns with Nakamura defending against the likes of Cesaro, Karl Anderson, Tye Dillinger, and any of the three members of The New Day, just to name a few.

Because of how good it sounds on paper, we went with Big E (along with The New Day) for Nakamura’s first big feud as United States Champion. This gives The New Day something fresh and new and allows for Nakamura to have matches with Kofi Kingston and Xavier Woods, leaving this bout between Big E untouched before SummerSlam.

Obviously, Asuka has to defeat Carmella (and James Ellsworth) to capture the SmackDown Live Women’s Championship for this to happen. That seems the likely route at the moment, which would allow for this dream to become a reality.

Becky Lynch is a fan favorite and one of the best technical wrestlers in the company. Asuka is much of the same. On paper, this would be the match we were most excited about seeing, which is a testament to just how good it could be.

A quick Google search will result in video footage of AJ Styles and Samoa Joe having incredible matches with each other outside of WWE, so we’d love to see the two lock horns inside WWE. Throw the WWE Championship in the mix, as well as a hot Brooklyn crowd, and you’ve got the recipe for an instant classic.

Ronda Rousey’s WWE career couldn’t have started off any better. She’s only had two televised matches, but both were excellent, and she’s quickly running out of things to do that don’t involve the Raw Women’s Championship.

In an ideal world, Rousey’s first title victory would happen in the main event of WrestleMania 35, but we just don’t see how WWE can keep Rousey and the title away from each other for that long.

Brock Lesnar’s status for SummerSlam has been up in the air recently, but we’re going to assume that The Beast Incarnate will be working the show and defending his WWE Universal Championship. It’s safe to say that Lesnar’s time with the title needs to come to an end, and Seth Rollins is the ideal choice as to who takes it away from him.

After becoming champion, Rollins can continue to do what he’s done all year, which is put on amazing performances each and every week. The only difference is the Universal Championship will be around his waist when he makes his “burn it down” entrance on Raw every Monday.

What would you like to see take place at WWE SummerSlam 2018? Let us know your thoughts on Twitter, @TheRumbleRamble.