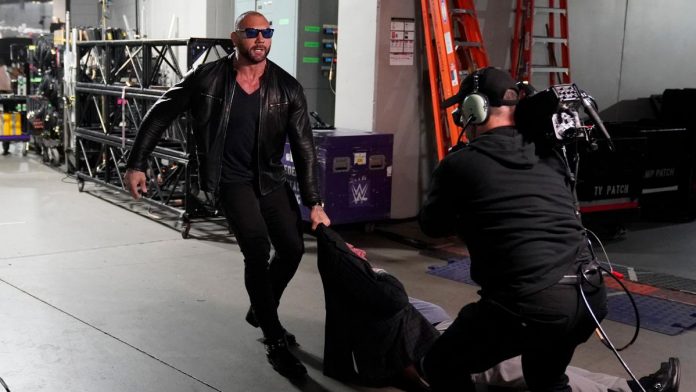 To say that last night’s edition of Raw was great would be an understatement. The flagship show pulled out all the stops for what was hands down the best episode we’ve seen in a long time.

After kicking things off with Roman Reigns’ emotional return, there was some impressive in-ring action, Becky Lynch’s arrest, and a few hilarious talking segments.

To cap it all off, WWE planned to give the limousine-’, jet-’, kiss-’, wheelin’, dealin’, stylin’ and profilin’ son of a gun, “The Nature Boy” Ric Flair, a lavish party to celebrate his 70th birthday.

Several legendary superstars made their return to WWE for the occasion, including Shawn Michaels, Ricky Steamboat, Kurt Angle, and Sting, along with the hosts of the evening, Triple H and Stephanie McMahon.

After revealing a massive birthday cake and a special title made just for Flair, Stephanie and Triple H anxiously awaited the arrival of the guest of honor, not yet knowing that Flair wouldn’t be making the party at all.

There was one man who decided to make his presence known despite not receiving an invite (and no, we’re not referring to Jinder Mahal). Dave Batista viciously attacked his former Evolution mate, Ric Flair, in his dressing room before dragging him into the hallway to show everyone what he had done.

Everything about this segment, from storytelling to camerawork, was incredible. How many times have you seen a WWE superstar grab a cameraman by the collar of his shirt and literally drag him along behind him, forcing him to film what was about to happen?

And even though Ric Flair was being “attacked,” the man is 70 years old. At that age, any form of physicality is dangerous, so they had to find a way for Batista to appear to have assaulted him without actually doing so.

Batista successfully conveyed the depth of his anger by first attacking the cameraman (while another camera filmed him doing it), making the pseudo assault on Flair in the dressing room feel much more real.

To add an exclamation point to his statement, Batista pulled an “unconscious” Flair from the dressing room, leaving him lying motionless on the floor while he screamed into the camera, making the cameraman jump.

Triple H took off at a run to come to Ric Flair’s aid while the entire Raw roster (there to celebrate with the legends) stood in shock on the stage. He was too late, however, and was forced to shout for a doctor, as there was nothing he could do to help his friend.

We can only imagine this leads to a feud between Triple H and Batista, and after such an awesome segment, cannot wait to see what comes next.