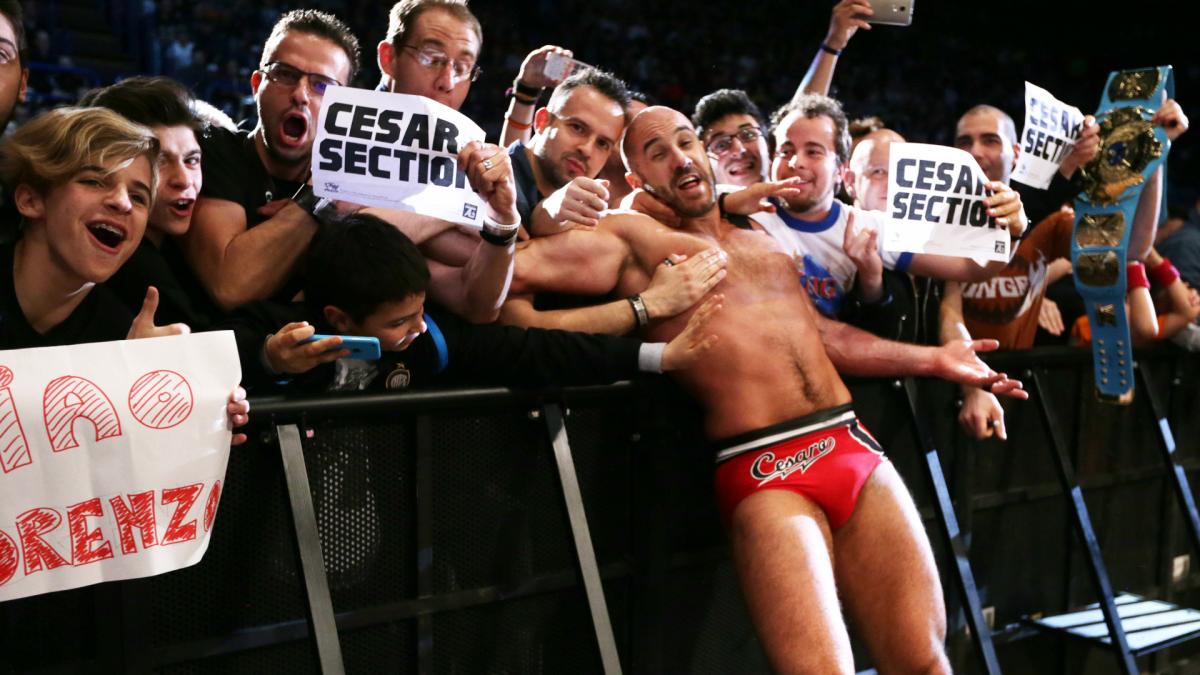 For over two years, Cesaro and Sheamus dominated WWE’s main roster tag divisions as a team known as The Bar, because they didn’t just raise the bar, they were The Bar. And though Cesaro had proven himself an accomplished in-ring competitor long before his alliance with the Celtic Warrior, his time with Sheamus unquestionably kicked his career up a notch or two.

Sadly, due to recurrent health issues, Sheamus hasn’t been seen on WWE TV since the SmackDown Live after WrestleMania 35, where they were defeated by the newly crowned WWE Champion Kofi Kingston and his New Day brothers.

The absence of the mohawked half of The Bar left Cesaro’s place in the roster in limbo. He was back on SmackDown the very next week but was still making the walk to the ring to The Bar’s music, making us wonder if Sheamus’ return was just around the corner, perhaps he was simply taking a week or two to breathe after what was certainly a grueling WrestleMania Week.

But viewers were given a bit more clarity last week on Raw when Cesaro debuted a new entrance complete with fresh music, lights, and titantron video. This new packaging was a positive and fitting change for the Swiss Superman, as both the lights and music are reminiscent of the ever-popular superhero movie genre.


No longer competing under The Bar banner, Cesaro went to work on an “injured” Ricochet, who had suffered quite a beating during the Men’s Money in the Bank Ladder Match the night previously.

Though Ricochet had a few moments to shine in the contest, his post-ladder match exhaustion allowed Cesaro to take the victory rather easily. But somehow, Cesaro and Ricochet made the former essentially pummeling the latter look beautiful.

Last night on Raw, Ricochet took another stab at Cesaro, this time at the top of his game. And his perseverance was rewarded with victory; after a hard-fought match, Ricochet pinned Cesaro following an absolutely sickeningly crisp hurricanrana.


Whether this loss rattled Cesaro or not, we’ll probably never know, as Cesaro has adopted a new aloof attitude to go along with his new presentation, giving one-word answers in his backstage interviews. So far all we’ve gotten is, “yes,” “next question,” and “one question a day.”

What we do know is, Cesaro and Ricochet have so much combined talent that they create magic in the ring, and we could watch these two fight forever. Hopefully, their feud continues for at least a little while longer, as we wouldn’t object to a best-of x series with a Stomping Grounds or Extreme Rules payoff.

But no matter what lies ahead for this rivalry, it’s clear that the future is bright for both Cesaro and Ricochet.


What do you think of the feud between Cesaro and Ricochet? Let us know on Twitter, @TheRumbleRamble.