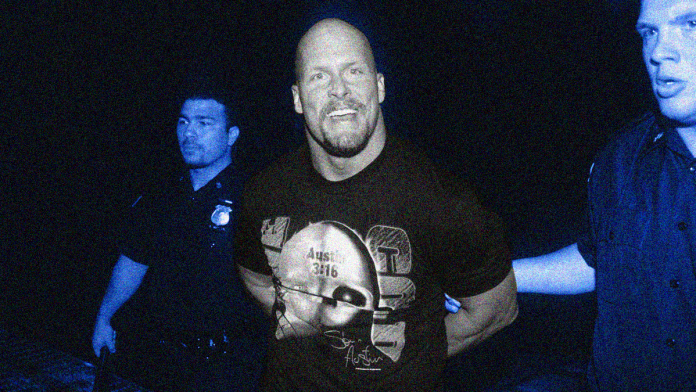 The first-ever episode of RAW Is WAR went down on March 10th, 1997. The show featured a new look that centered around the debut of the soon-to-be-legendary TitanTron stage. But perhaps more importantly, the show made the jump from one hour to two, giving WWF more time to showcase its ever-growing roster.

While there were some bright spots early on during the RAW Is WAR era, and even some memorable episodes, it took WWE some time to figure out how to do two hours of TV every week well. But about six months after the debut of RAW Is WAR, on September 22nd, 1997, they pulled out what would go down as arguably one of the best episodes of WWE TV ever.

A lot of things went into making that episode of RAW Is WAR the classic that it was. And when you break down what those things are, you see that the stars truly did align for WWE on this particular evening in New York City.

It’s been said that, when WWE has a show at Madison Square Garden, Vince McMahon likes to pull out all of the stops. So, it’s no surprise that for the first-ever Raw at MSG, WWE did just that.

But before we go into the matches and moments that made this night so special, we first have to talk more about MSG itself. One of the most famous arenas in the world and the home arena for WWE, Madison Square Garden played a huge role in making this show as enjoyable to watch as it was.

WWE kicked off the show with a video package highlighting various notable moments that had taken place at The Garden over the years. And even today, in 2021, MSG is the only venue to host 3 WrestleMania events, which says all you need to know about how important the building is to WWE’s history.

On top of that, the New York crowd was on fire all night. They made the matches and moments seem even more special than they were in reality, which always makes things easier for the folks on camera.

If you know anything about the RAW Is WAR era of WWE, you know that the in-ring action took a backseat to storylines and character development each week. But in late 1997, it was still common to see at least one solid match on Monday Night Raw, which very much was the case for this particular episode.

Sure, the main event between then-WWE Champion Bret Hart and Goldust was solid. And the Owen Hart/Brian Pillman comedy match on the show got some laughs, too. But the show-stealer in-ring-wise that night was a debuting Cactus Jack taking on Hunter Hearst Helmsley in a Falls Count Anywhere Match.

To us, this is one of the best matches in the history of Monday Night Raw. It also helped set things up for an even better match between these two, a few years later, which happened to take place at The Garden as well.

Of course, the debut of Cactus Jack is one of the more memorable moments in the history of Monday Night Raw. But that wasn’t the only memorable moment from this show. And in fact, it wasn’t even the most memorable moment of the evening, which is a testament to just how strong of a show this was.

On this particular episode of RAW Is WAR, for the first of what would end up being hundreds of times over the next few decades, Stone Cold Steve Austin stunned Vince McMahon in the middle of the ring. The New York City crowd came unglued for the moment. And Austin leaving the venue in handcuffs, another sight we’d grow accustomed to over the next few years, was the cherry on top of what was already an all-time great segment.

On top of all of that, this show also took place less than two weeks before the pay-per-view Badd Blood: In Your House. The main event of that show is arguably the greatest WWE pay-per-view main event ever, with Shawn Michaels and The Undertaker going face-to-face inside the first-ever Hell in a Cell Match.

On this episode of RAW Is WAR, HBK’s interactions with The Deadman were somewhat limited. But with hindsight, knowing what the two were on the cusp of doing together at Badd Blood, it feels much greater than it actually was.

The direct fallout of the September 22nd, 1997 episode of Raw was an incredible Badd Blood pay-per-view with a must-see main event. But more importantly, the show set the stage for the eventual rivalry between Stone Cold Steve Austin and Vince McMahon.

A rivalry that would take over as WWE’s main story after WrestleMania 14, in March of 1998, and carry the company to new heights over the course of the following years.

But before Austin and McMahon could shake hands to close out WrestleMania 17 in April of 2001, they had to have this first physical interaction on this episode of RAW Is WAR. And that, plus a few other memorable moments, including a classic match between two future legends, made this show 90 minutes of the best television that WWE has ever produced.

Can’t get enough of the 09/22/1997 episode of RAW Is WAR? Check our Operation Raw is War podcast episode about the show on our Patreon!