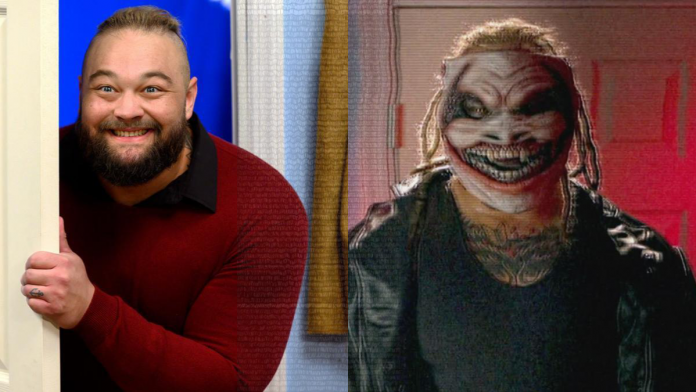 When Bray Wyatt departed WWE last year, it’s safe to say he was not at the top of his game. Though he had found a fair amount of success in his short run as one half of “The Deleters of Worlds,” a tag team formed with Matt Hardy which would earn him the title of Raw Tag Team Champion, his popularity was waning and the future of the Eater of Worlds seemed unclear at best.

After months of uncertainty, giving rise to much speculation from the WWE Universe, Bray Wyatt found his way back to WWE but was practically unrecognizable. Wyatt no longer proclaimed to “follow the buzzards” or to possess mystical powers given to him by the mysterious Sister Abigail. He had abandoned his lantern, his butcher’s apron, even his beard.

In a show within a show called “Firefly Fun House,” the new Bray Wyatt was comparable to a Mister Rogers or other classic children’s television character, appearing in a brightly lit, colorful studio neatly dressed in a sweater and khaki pants. Tokens of his former self remained, such as a buzzard named Mercy and a somewhat demonic-looking doll named Abby, but he insisted that there was nothing left of the old Bray Wyatt. That man was simply a fool and a loser, not someone you’d aspire to be.

But the new Bray Wyatt had a secret. Even with the colorful set and odd, but seemingly cheerful puppet “friends,” an ominous feeling loomed over Firefly Fun House.

In preparation for the fourth episode of his show on Raw, Bray Wyatt promised to reveal his secret, hinting that this unveiling would take Firefly Fun House in a darker direction.

The installment started as we have come to expect, Bray Wyatt coming into view surrounded by his puppet pals, speaking in an overly pleasant manner that somehow only adds to the menacing quality of the show.

Wyatt divulged to the audience that there was “still a lot of darkness” within him, but his time away had taught him to harness it. At this point, the video became distorted, flickering between Bray’s cryptic speech and his symbolical “hurt/heal” gloves.

His pleasant demeanor disappeared, replaced by a disquieting grin as he announced it was time to reveal his secret. His puppet friends cowered in fear as the room fell away and the unsettling music and scenes of toys from his pre-debut vignettes began to play.

Finally, everything went black, we heard “let me in,” and he was back, but once again, was unrecognizable. Faced away from the camera, he raised his arms and recited the most terrifying version of “Twinkle Twinkle Little Star” we’ve ever heard.

The video became more distorted than ever and he turned, revealing a mask reminiscent of the darker adaptations of DC’s Joker character.

From concept to reality.
From the day I was asked to design @WWEBrayWyatt‘s mask to the work @bakingjason and his team put in not only the mask but the puppets and film work, I’ve been in awe.
We’re not finished.@THETomSavini#WWE #RAW #braywyatt #FireFlyFunHouse #ChangeTheGame pic.twitter.com/VLnXBCmYvb


If continued to be taken in the right direction, this version of Bray Wyatt has the potential to be an all-time great character in WWE’s immense catalog of past and present talent.

It is unlike anything they have done in recent memory, perhaps in the history of the company, depending on what happens next. And if anyone can pull off acting as a demonic clown whose goal appears to be something to do with devouring children, similar to Stephen King’s infamous clown depicted in It, it’s Bray Wyatt.


What do you think of Bray Wyatt’s “secret”? Let us know on Twitter, @TheRumbleRamble.