Andrade “Cien” Almas, The Rise of The Shadow 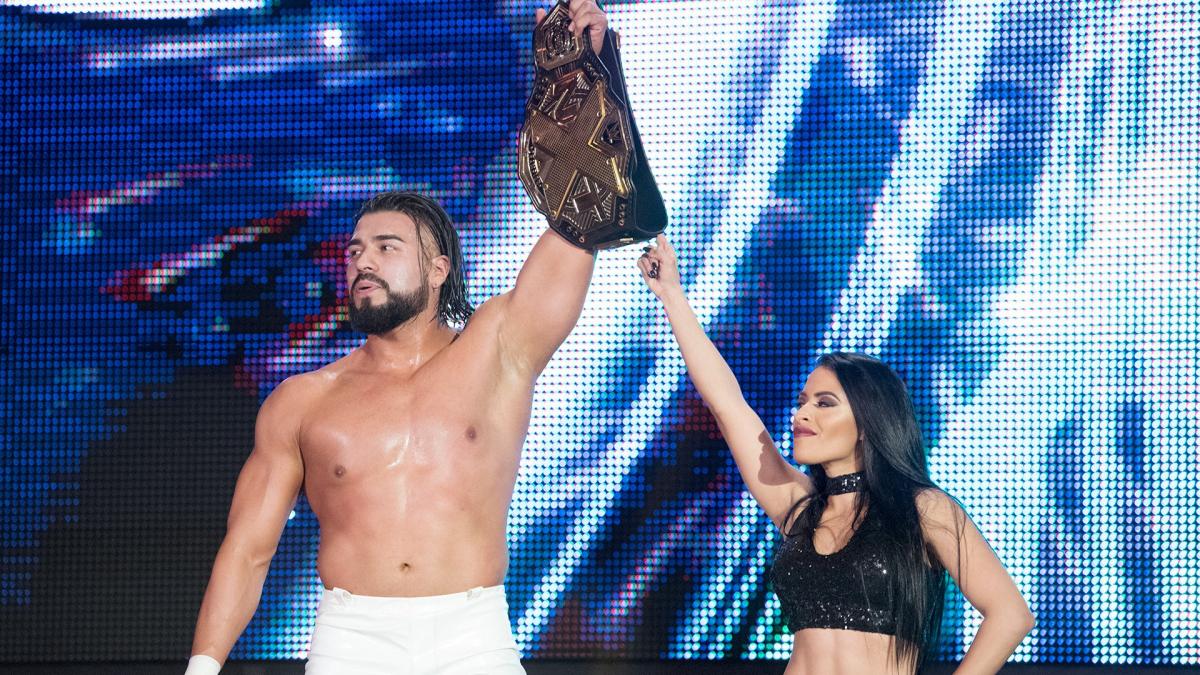 It was April 1st, 2016, and Manny Andrade was making his way to the ring in Dallas, Texas for his TakeOver debut against Christopher Girard, better known today as Oney Lorcan. Two stellar in-ring performers who hadn’t yet made their mark in NXT battled it out in front of a sold-out crowd. Andrade had spent 12 years working all throughout Mexico and Japan, so he was no stranger to the squared circle, but was now finally in WWE. Don’t remember this one? It was a true dark match, unfortunately, meaning unless you were there, you didn’t get to see it. Luckily, we were there to catch the action and can confidently tell you, it was incredible. It was our first time seeing Andrade’s work in the ring and we were instantly hooked.

Fast forward a year and it was time for TakeOver: Orlando. Andrade “Cien” Almas sauntered onto the stage for his match against a debuting Aleister Black. It was well-documented that he could hold his own in the ring, but everyone knew Black was going over. To put it nicely, Almas was there to lose. And although Almas had shown great promise and talent in the ring from the very start, after a lengthy losing streak and no real character development, his act was already going stale. He was on a downward spiral, his character dying a slow death. WWE saw this happening and in a stroke of brilliance, wrote it into his story. Almas was shown partying after (sometimes during) every show. He didn’t care about the matches, the fans, or his career.

Enter Zelina Vega, Almas’ fiery new manager and advocate (as well as implied girlfriend). She was the missing piece he needed and the effect was immediate. Suddenly, the audience took an interest in him. He had even more swagger, more confidence, more of that indefinable quality that makes you look at a wrestler and think, “that’s my guy”.

Four short months with Vega at his side and he went from circling the drain to defeating Drew McIntyre at NXT TakeOver: WarGames to become the new NXT Champion. From that moment on, Almas was untouchable, he and Johnny Gargano even earning the first WON five-star match ever in NXT and the first WWE had received in over half a decade.

Now, we are just days away from NXT TakeOver: New Orleans, where Andrade “Cien” Almas will once more go toe to toe with The Antihero, Aleister Black. It’s been almost a year to the day since Aleister’s debut where they first laid hands on each other, but this time, both men are even more lethal than before. The Andrade Almas who was sent to the ring simply to make Black look good is gone and El Ídolo, the charismatic NXT Champion, has taken his place.

Black has been an unstoppable force since stepping foot in WWE, garnering a year-long undefeated streak, but the new and improved Almas is no doubt going to be the ultimate challenge of his NXT career. Don’t be surprised to see La Sombra holding the championship above his head when it’s all said and done.

What are your thoughts on Andrade Almas? Let us know on Twitter, @TheRumbleRamble.