5 Dream Opponents for Pete Dunne in 2019 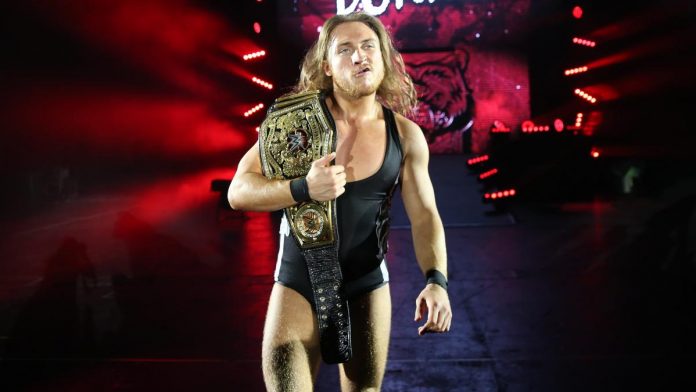 
If you follow us on Twitter you know that we’re huge Oney Lorcan fans. Lorcan is one of the more underrated talents in the entire company, regardless of brand, and never seems to have a bad match.

We have no doubt Dunne vs. Lorcan would be hard-hitting, fast-paced, and super fun to watch. Dunne and Lorcan have worked with one another as partners and opponents in tag team action, but we couldn’t find any reference to a singles match between the two online.


Pete Dunne might be the most intriguing potential opponent for Hideo Itami since Itami arrived in WWE years ago. If anyone is going to draw out the Itami of old, it’s Dunne.

Dunne and Itami, much like Dunne and Lorcan, would be downright violent, which is probably our favorite kind of wrestling. Watching two dudes kick and punch each other in the face will never get old.


Current Cruiserweight Champion Buddy Murphy and Pete Dunne absolutely have to meet up in a WWE ring at some point in 2019.

There’s a multitude of ways WWE could get these two together. Murphy’s the only person on this list who could join Dunne over on NXT UK, and Dunne meets the weight limit required to compete in the cruiserweight division.

Both Dunne and Murphy can fly around a bit, but Murphy’s powerful offense and Dunne’s sadistic submission-based attack would blend together perfectly.


Pete Dunne and Daniel Bryan could probably have 100 fantastic matches with one another and every single one would be completely different from the next.

Depending who was the good guy and who was the bad guy, or what crowd they were in front of, the two could tell so many different stories, but of them would have “match of the year” potential.


At this moment in time, Pete Dunne versus Andrade is probably a top 5 dream match for us. Each guy is the perfect opponent for the other, and Andrade, specifically, is in a zone right now that few people ever get to.

Even if it’s something as simple as Andrade winning the United States Championship at WrestleMania and Pete Dunne answering a US Open Challenge (WWE is in London in May), we have to see these two face off ASAP.


Is there anyone not on this list that you’re dying to see face Pete Dunne in 2019? Let us know on Twitter, @TheRumbleRamble.