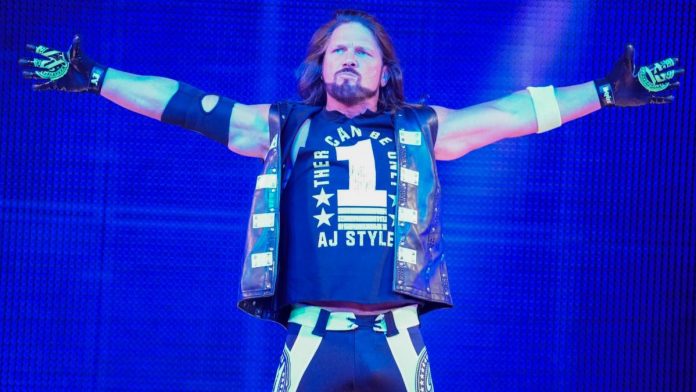 
History has shown that you usually get an all-time classic match when you put Johnny Gargano in the ring with someone who is equal to or better in in-ring ability. We’re not exaggerating when we say that, if done correctly, Gargano vs. AJ Styles could be one of the best matches WWE has ever produced.

Sure, these two have wrestled each other before, but never under the bright lights of WWE. And for the record, Gargano also wants to see this match happen again at some point in the near future, which is more reason to wish it into reality.


This is another match that has happened before, but never in a WWE ring, so it’d be something fresh and new for both guys to do.

Adam Cole is one of the best things going in NXT at the moment and would no doubt mesh well with Styles in the ring. So when the Undisputed Era are called up to the main roster, fingers crossed that it’s to whichever brand that AJ Styles is on at the time.


We couldn’t find reference to an AJ Styles//Lio Rush match anywhere online, so this would probably be the first encounter the two have ever had with one another.

Rush has done more work on the microphone than in the ring since arriving in WWE. A match with a former WWE Champion like Styles would showcase what Rush is capable of between the ropes to a large audience, making him an even bigger star.


This is another first time ever match that would more than likely be a lot of fun to watch.

Obviously Drew McIntyre has quite the size advantage over Styles, so the story for the bout writes itself. McIntyre can also do a lot of things that men his size can’t do, which would give these two even more creative freedom.


Believe it or not, a singles match between AJ Styles and Seth Rollins hasn’t happened since 2006. It’s probably safe to say that both men are much better performers than they were back then, so this bout would more than likely be much better than the ’06 version.

Rollins and Styles are two of the biggest names in WWE and we fully expect to see a program between the two featuring multiple 1-on-1 matchups before Styles hangs it up for good.

Who knows, maybe these two main event WrestleMania 36 in 2020?


Is there anyone not on this list that you’re dying to see face AJ Styles in 2019? Let us know on Twitter, @TheRumbleRamble.